Taking into account the rising air pollution in most cities of the world, face masks would definitely become more popular in the future. However, once a thing becomes popular, it also has to become stylish and innovative. Therefore, you shouldn’t imagine your future to be filled with people wearing surgical masks. You would definitely see more stylish and more functional masks. The frogConcept defines perfectly how these futuristic masks would be like. They would not only have a utility, in fact, they would also look like a part of your own body. This would make people wear masks even as a style statement, just like they wear sunglasses all the time now. 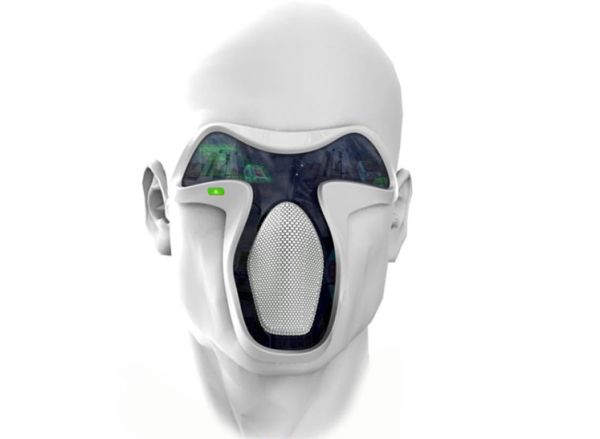 Frog Design’s facemask is a great alternative to cosmetic surgery in future. ‘frogConcept: A Digital Escape” is the concept for a more polluted earth. This facemask is designed to enable an individual to live with the mess that humanity would have inflicted. Trying to cope with the various ailments that would surely afflict earth, technology has to be at the forefront, but to escape from such realities too it would help. frogConcept is an alternative skin, playing host to a host of computing systems. It is a virtual layer to “re-skin” the world outside. 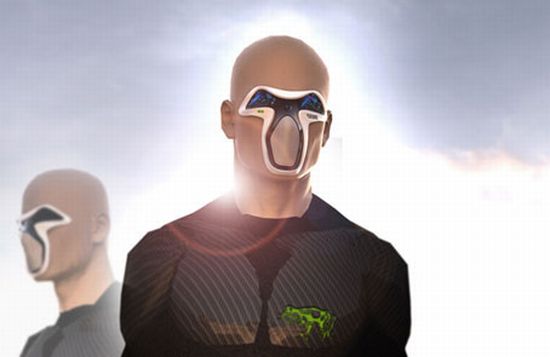 The device would enable the wearer to perceive the world as he wants it to be. Within this mask, smells, sounds, even air quality would be controlled to create a virtual experience. It would be a diversion from normal physical interaction that humans crave so much. Even so, the facial expressions from behind the mask would be projected in form of avatars that’d be visible to others. A gateway to impersonal robotic appearance, frogConcept is something very much possible in the days of future. 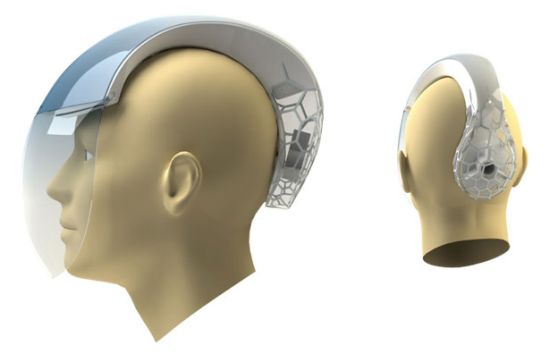 Increasing air pollution in urban environments is an alarming issue that requires immediate evaluation, if we want to breathe fresh air for long. Inspired by the Olympic pool of the Beijing Olympic Games 2008, the “CAIR Air Helmet” by Szilveszter Buzasi and Herald Tremmel is an innovative air purifier that lets you breathe fresh air anytime, anywhere. The CAIR not only gives an option to breath fresh air, but also creates awareness about increasing air pollution among the masses with its unique design. Featuring a compact filtration system, the air helmet sucks the polluted air at the rear and releases it at the front after refreshing it in the air purifier. The CAIR also includes a transparent visor that spreads the fresh air across your face, and when not in use, you may lift it up to approach your face with minimum fuss. 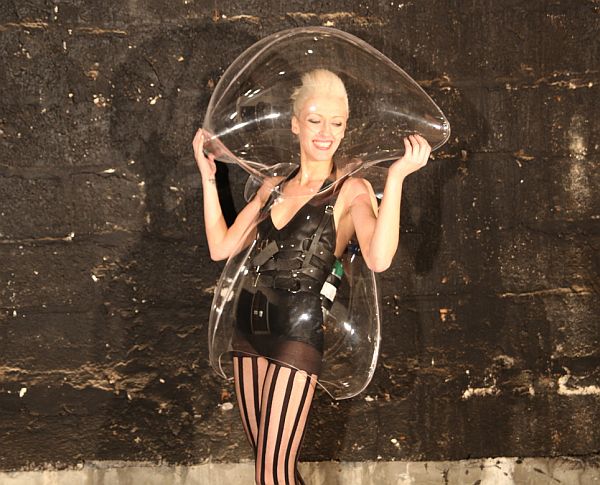 Modernization has brought along some serious issues like air pollution. Every year, a good number of gasoline operated vehicles are added on the streets. This in turn fluffs up the pollution level, as noxious emissions go up in the sky. Hana Marie Newman, a student of NYU, has designed a glass bubble dress named ‘8,’ which has an embedded purification system to omit pollutants.

The air humans breathe-in is coated with harmful elements, which are a storehouse of ailments like asthma, appendicitis, lung cancer plus irritation of eyes, ears and nose, to name few. The dress looks a bit weird and ranks low on the wearability graph, but is a step ahead in the green movement. ‘8’ consist of an oxygen tank and a transparent bubble like structure, which covers the wearer. This acts like a wall between the user and the harsh atmosphere. The design ensures that only clean air is inhaled, which in turn cuts out all the risks posed by air pollution.

Imagine everyone enveloped in a glass bubble dress like this! It will be a crazy and space consuming sight, without a second thought. The dress has been fashioned in a funny manner and is quite far from practicality. But looking at the amount of harmful gases in the atmosphere, it manages to send an eco-friendly message which is worth embracing. 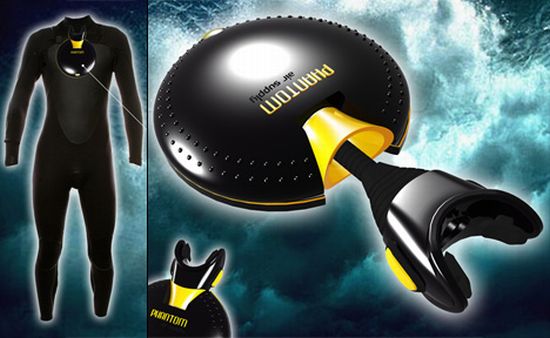 Step into the water and your gut says, “suck it all in.” But hey, our lungs can hold in only so much. So it is back to those clunky oxygen tanks that cramp up the style. Fear not because Lisbon-based designer Ricardo Baiao has conceptualized an emergency face mask that looks cool and does the trick — especially underwater. The “Phantom” face mask fits nicely in front of your slick wetsuit and holds enough air to keep you breathing for five minutes. Hopefully, you’d be good enough to break the surface in that time.

The Phantom face mask could also come in handy in situations where breathing becomes difficult, for instance in the presence of dangerous fumes. The flip side of course is the limited oxygen supply. Cheer up, though, because as of now the Phantom emergency air mask is only a concept. Perhaps when (and if) it comes out the timer moves up a healthier notch. 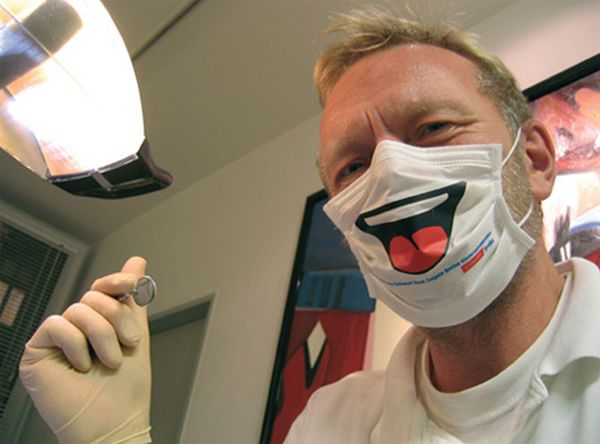 It is always a painful and a frightening moment for kids when parents take them to a dentist. No matter how much they cry and throw tantrums, parents have to take them to dentists to cure cavities, or for that matter a simple check-up. Parents tell them all sorts of fancy stories in order to lure them but sometimes to no avail. Kids hate the mere site of a dentist but not if they are someone wearing a very cute looking cartoon mask. Dentists wearing surgical masks with funny cartoon mouths can make it all a fun filled experience for a kid who fears dentists. 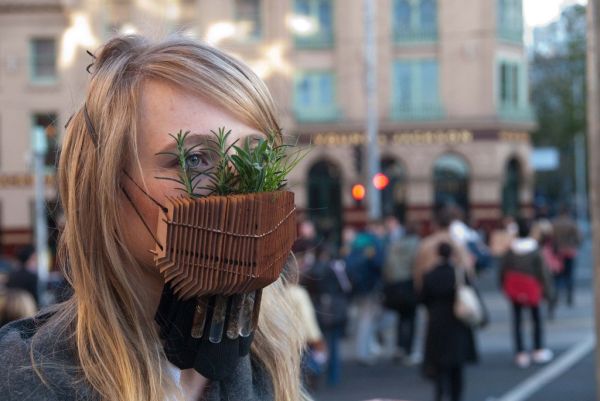 Most of us living in urban areas are more or less detached from nature and even if we want to embrace nature, we cannot because we are too much accustomed to city and modern life. Designers Ben Landau and Brittany Veitch have tried their best to bring urban people in intimate contact with nature with their super astounding face mask, which is a design filled with flora.

6. The Mask of Emotion 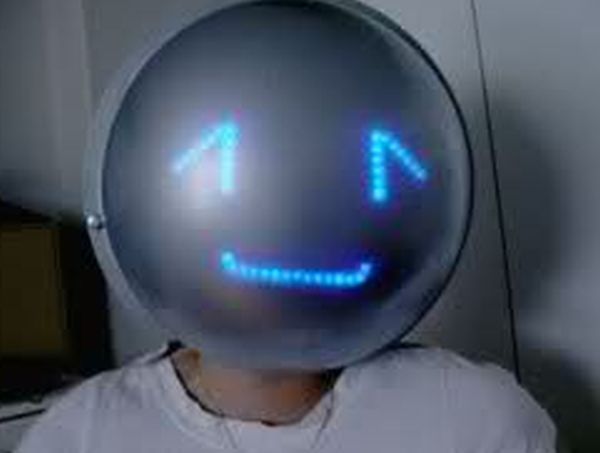 Emoticons are symbols that we use to express our emotions while chatting with someone over internet, and now you can use those emoticons to express your feelings in the real world as well with the help of the mask of emotions. These face masks designed by the Digital Media Design Department at Hongik University, Korea. The smart mask reads your emotions and displays them accordingly with the help of LED pixel emoticons. It makes a slanted frown when you frown, makes a cute smiley while you laugh, and the like. 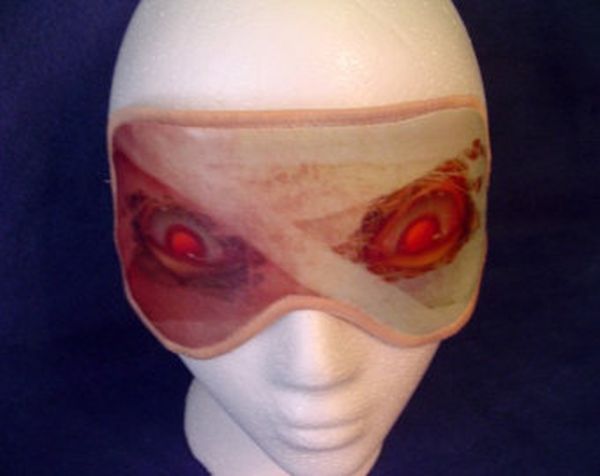 If you love your sleep and want nobody to come and disturb you then probably this is one sleep mask you should wear. The Mummy sleep mask looks scary enough and anybody would think twice before waking you up, especially someone new. 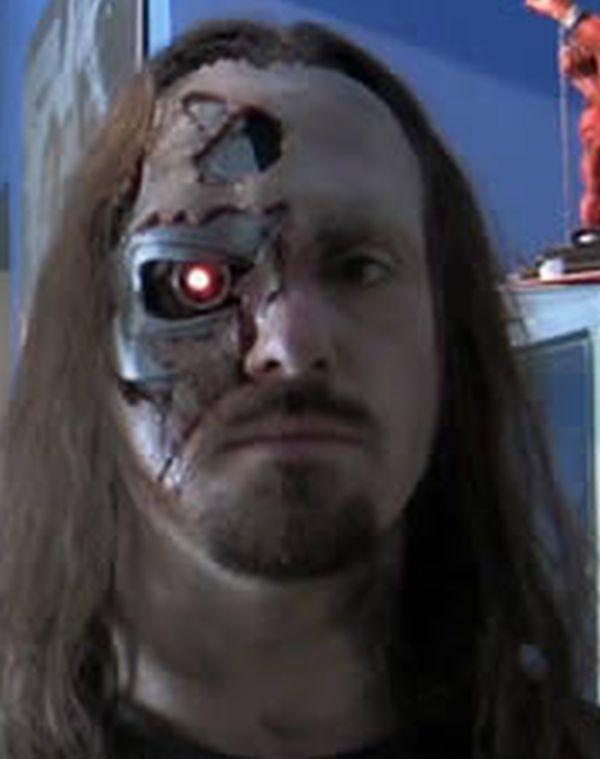 This facemask is for someone who is a huge fan of Terminator film series. Created by Joe Slatter, the mask looks like a real one with a LED light that is the eye.