It is common knowledge that everybody is going Green in the present times. Of course, there are many who still do not give a toss, but they are not worth bothering about. Still staying on the optimistic side, everybody is trying in their own, unique, small or large way in which to contribute toward a better environment and less wastage.

However, sometimes you have to think beyond just recycling. Sometimes replacing certain things with something more adaptable to Mother Nature is the solution. Not that many realize this, but the answer always lies in front of our eyes. Take festivals, for example. Believe it or not, together with all kinds of festivals that takes place over a period of one year, the consumption of light alone is enough to provide electricity to a small Third World country!

Not anymore, however. Rising Sun Energy Center in San Rafael has dished out the perfect solution. 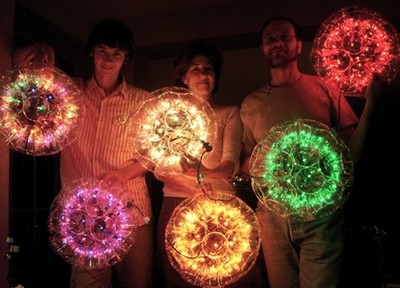 What We Use and What We should Use

The kind of lights that we have so far used in our households, fairy lights or strands of colorful or white lights, are usually incandescent, consume plenty of power and do not last long. However, the new kind of LED fairy lights supplied by the nonprofit organization, Rising Sun Energy, is not just a brilliant alternative, but inexpensive and consumes much less power.

For people who love fancy things, you can get plenty of strands of such LED lights which glow much stronger while helping you with a pocket friendly electricity bill. In addition, there is no point of uselessly dumping such LED lights once they have run their course. Such lights can be recycled in some manner or the other. In fact, there are plenty of joints which not only recycle but create new things from such lights. 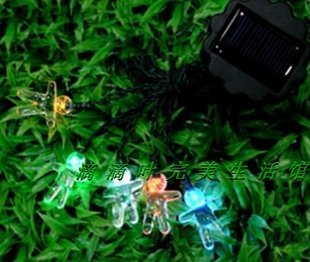 Though, it may seem like a small step, but Rising Sun Energy Center could not have chosen a better time or place for launching these lights. San Rafael, which is pretty much gearing up for Christmas, down to every small detail, have more than welcomed such an option.

Of course, it is not without some amount of tactics that Rising Sun Energy has accomplished such a task. Plenty of people were found to flock the Northgate Mall on a blistery December Saturday morning to exchange their old lights for the better LED ones.

The organization had introduced this exchange offer, whereby people could bring in their old strands of lights for new LED ones, absolutely free of cost! Even apart from the free offer, the launch was very well received by the folks of San Rafael. On an average, each family swapped their incandescent strands of lights for about 7 strands of the LED ones. Not that there was any limit attached to the exchange. Plenty of people did take more. The choice was of course between colored ones and white or yellowish ones. 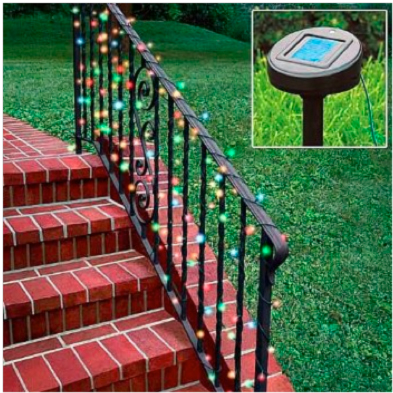 This innovative swapping option was of course given till whatever time the stocks lasted. Judging by the popularity of the swap encounters, stocks did not last for too long! People in doubt could pretty much see the moderators of the Rising Sun Energy Center’s happily taking the numerous strands of incandescent lights and dumping them in green eco-friendly trash and recycling bags.

Surely, it was a very busy Saturday morning and for many who turned up a bit late, had to go back home disappointed. Not that they had to worry much, since the Rising Sun Energy Center held the swap event again, this time in the Community Center, again on a Saturday morning.

That event too had a good turnout with plenty of people more than happy to swap!