What’s a modern vehicle if it is not eco-friendly? Although there are many companies coming up with petrol, diesel or gas vehicles, however, these might not stand the test of time. Since fossil fuels are non-renwable, in the near future, either they would become unavailable or very expensive. Therefore, in the future, we would definitely see a renaissance in eco-friendly vehicles, the prequel of which we are seeing right now. In fact, even right now, no matter whether it is about design or the functionality, vehicles operating on alternative fuels like wind energy are nowhere behind those working on fossil fuels. Vehicles like ECCO show why this is the case. 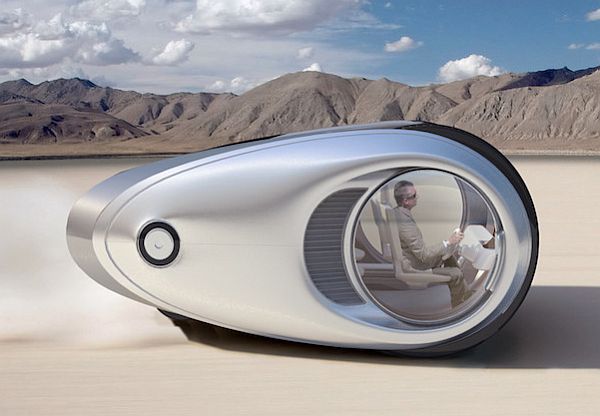 Inspired with the design classics of Airstream or VW camper vans, Ecco, the new generation, camper van seems to be a combination of a microbus, airstream and an EV. It is a wind resistant car, which cuts back its shape whenever required. The elongated profile of the camper makes it hover down entirely close to that ground. 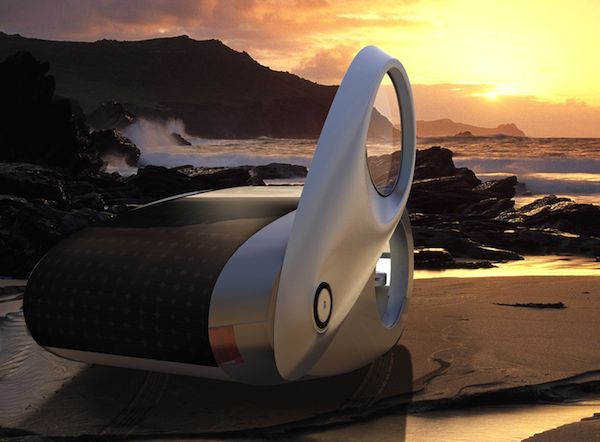 The concept vehicle features a PV cell-studded membrane roof that folds out in lurve machine mode. As the membrane roof folds out, the surplus solar power is eliminated. It performs the function of expansion, so that you can turn the camper into a sleeping loft, while the rest of the membrane squeezes the kitchen, living area, an extra bed, as well as a toilet and shower, and that too just in the space of 8 feet in width and 15 feet in length. 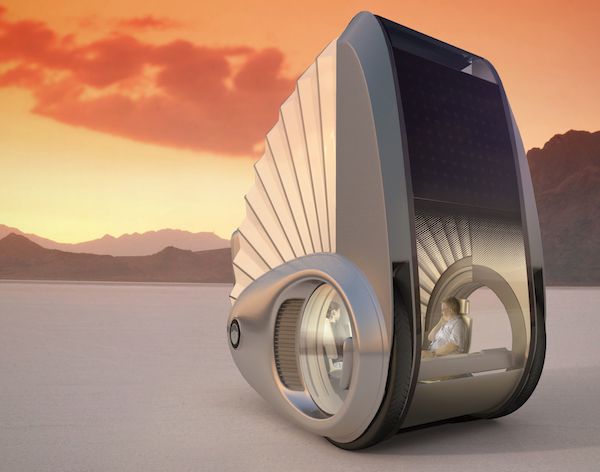 The camper transforms from an all-electric vehicle to a fully blown caravan. It then flaunts built-in photovoltaic panels and a solar sail roof to let you live luxuriously even in no-electricity areas. The notable feature here is that even after performing this function, the vehicle is charged at a standard 240V station within no time. 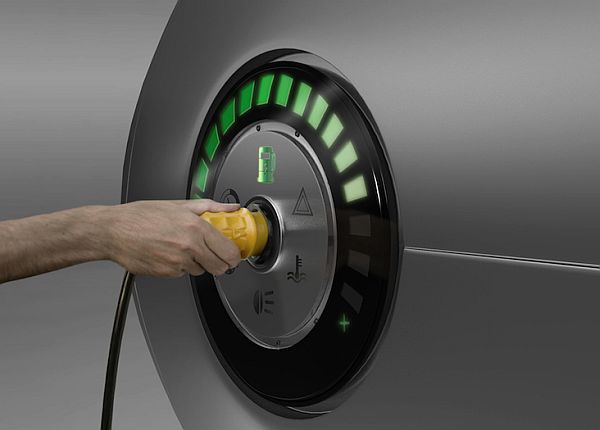 You must have noticed that most of the high tech cars are complex to maneuver. However, the interesting part of Ecco is that it serves as a convenient and eco friendly second home. As rightly said by the designers, it can be called as the perfect zero-emissions mobile living solution. 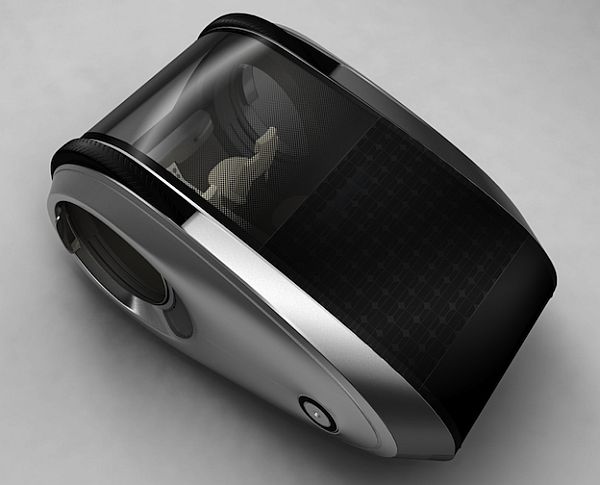 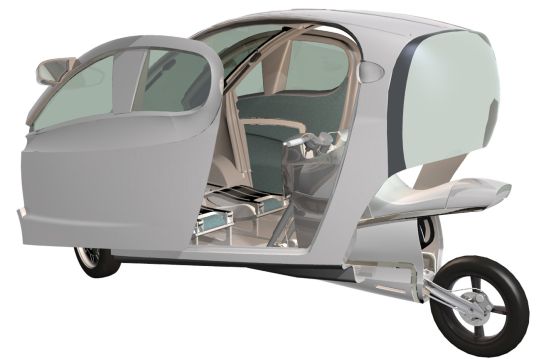 Designed by Jameson Klug, the City is a vehicle concept for developing nations that combines two vehicles, a car and a motorbike, into one, for the motorcycle is the preferred method of transport in highly congested urban areas, whereas a small car works better on longer trips or to carry cargo.

Made of both car body and motorcycle body, roto-molded high strength plastics, with a biodegradable honeycomb soy core, the hybrid vehicle generates power from a revolutionary ICE engine, which is up to 60% more efficient than standard piston engines. The star rotor engine also features an entirely different thermodynamic cycle, known as the Brayton cycle (used in jet turbines), which recycles waste heat and exhaust with a heat exchanger. Featuring aluminum sub frames to attach the suspension as well as engine, the futuristic vehicle integrates windows finished with polycarbonate with a microscopic diamond coating for extreme scratch resistance. 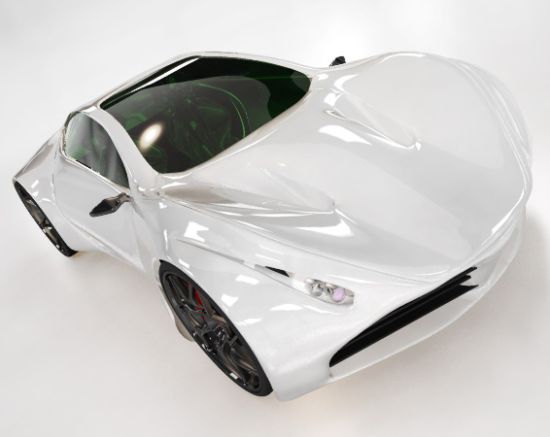 Commissioned by the 9Studio, Mexican designer Arturo Arino has come up with a car concept that provides an eco drive in sheer luxury. Entitled the “Squalus,” the sustainable car offers in-wheel drive as it integrates four electric motors in each wheel that harnesses energy generated by the spinning of the wheels. In case, the electric motors stop working, the eco-car also features a Hydrogen engine to power the vehicle. The Squalus also touts a big windshield that changes its darkness according to the intensity of the sun and accumulates solar energy to power electric engines of the vehicle, while its aerodynamic body ensures better air resistances and performance on the road. 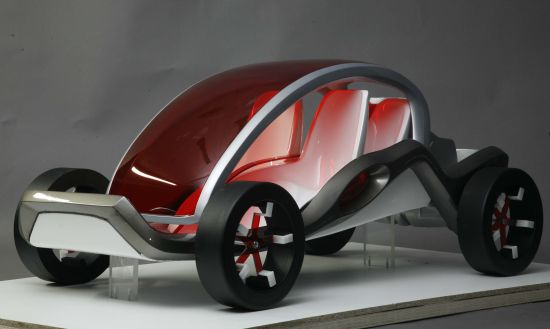 Entirely dedicated to pleasures and open to the outside, this “Ariel” by French designer Guillaume Garcia is a car concept that invites users to enjoy what is around. Designed to be produced all around the world, this electric car allows you to discover parks, beaches, forests, or just take a ride into town. The car is very open, yet it gives the rider a sense of security. It has a large, strong frame, as well as a floor that is high off the ground, that helps the rider to feel secure inside it. As an eco-friendly car and with no exuberant mechanical features or aggressive forms, the Ariel boasts an electric engine, simple frame and seats, and soft, round lines which “cocoons” the rider. 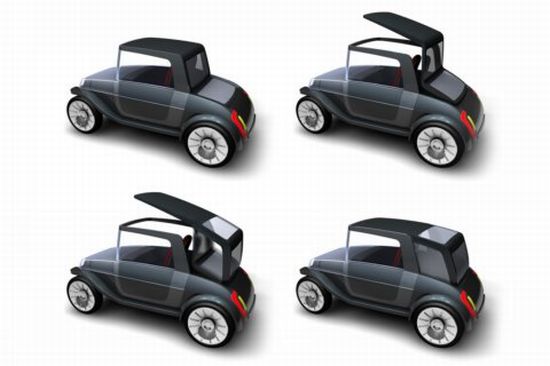 Introducing the ‘Trans-Plant’ technology, conceived by Mu-kai Shen has designed an eco-car named “Model T-FC” that generating power from fuel cells promises a green future. Adopting its design from the classic Model T (1908-1927), the new Model T-FC is designed to reclaim solar power and soil, while providing essential ingredients for plants to remain alive within the car. The vehicle includes a motor that uses electricity produced by fuel cells which also generates water for pants and becomes a “Nutrivehicle.” Harnessing solar power via solar panels located on the roof, the modular vehicle transforms from a two-seater to four-seater according to the needs of the commuters. 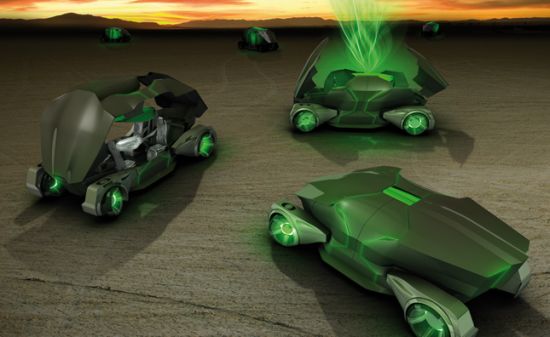 Based on sustainable design, the “NomadX” is a recreational vehicle that provides advanced amenities of life to modern nomads on the go. Creating a symbiosis with nature, the NomadX not only offers an eco-friendly ride but also provides ample space to enhance the living comfort, as it opens the doors and the cover (both front and back) to create a spacious camp. The zero emission vehicle includes a “Center Tree,” located in the middle, which comes integrated with cooking space, a fridge and an out and ingoing air system. While a filter refines water gathered through an opening in the roof. Moreover, the modular seats, when not in use, becomes adjustable cantilever chairs and a sleeping surface for the nomads. 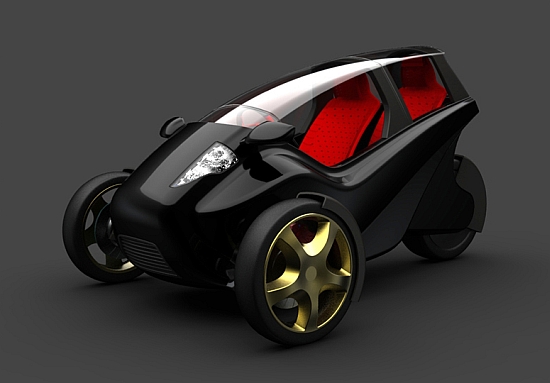 Adding meaning to the comfort and power of the modern autos, designer comfort Daniel Julier has come up with a lightweight yet powerful city vehicles, claimed the 3Wheeler, which gives greater flexibility to the rider. Intended for two occupants, the 3Wheeler with 1+1 seat concept allows the driver to host other passenger sitting behind, courtesy to the collapsible seat. Generating power from hydrogen cells located under the hood and driven by an “in wheel motor” built into the rear wheel, the city vehicle with zero-emission promises to make cities a better place to live in. Moreover, the 3Wheeler is very compact in size and takes little space for parking. Check out the video after the jump. 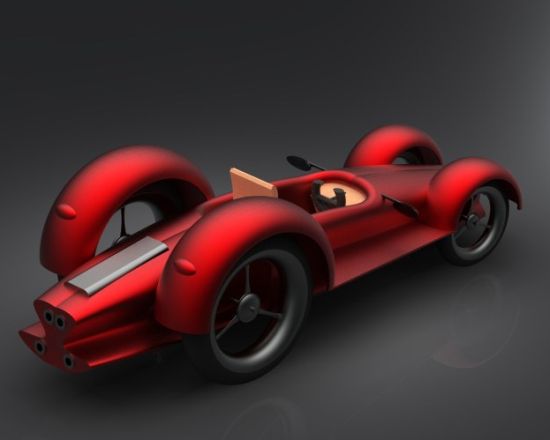 Replacing common propulsion method such as the internal combustion engine (ICE) with electric propulsion, designer Funfere Koroye, a junior in the Savannah College of Art Design, has come up with a gravity racer powered by an electric motor. The “Pulse,” as the designer hails the electric car, generates power from an on-board battery pack, ensuring zero tail pipe emissions. Presenting a smooth, curvy design, the single-seater removes the hood to attract the gen-next buyers with a sporty look. The new battery electric vehicle (BEV) reducing the carbon dioxide emissions has a positive impact on the environment as well.