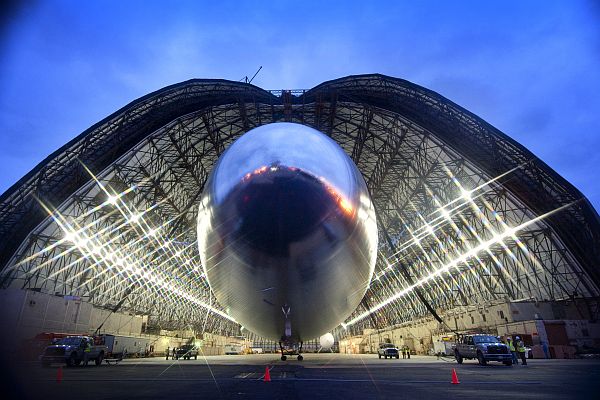 The High Altitude Long Endurance-Demonstrator (HALE-D) is here to replace the satellites. HALE-D will be lighter than most of the air vehicles and won’t need anyone inside to operate it. The high-altitude airship will be positioned in a geostationary manner from where it will act as a surveillance platform, telecommunications dispatcher or an observer of weather conditions. Lockheed Martin’s HALE-D will keep a keen eye on battle zones from up above. It will harness the energy of sun and use it for all the major functions.

It will cost much less in terms of installing and operating than the existing satellites. The best part is that it will be of great help for a country’s security and defense. The unmanned airship will further improve the capability of military to communicate in hilly terrains. Communication signals get lost in mountain regions which may pose a trouble while guarding that area. But, HALE-D hovers above the jet stream and sticks to one point with the help of its motors. It will operate at a height of 60,000 feet and solve multiple purposes. Such a position allows it to examine an area with a 600 mile diameter plus airspace that may spread up to millions of cubic miles. This will give important information/warning about missile attacks, environment supervision and much more. The geostationary position will be maintained by the lightweight propulsion units. These will also direct the takeoff and landing of HALE-D, apart from keeping it afloat at high altitudes.

Hull weight has been brought down by using high strength fabrics. The upper surface of this airship will come enveloped with a film of solar arrays. This will result in regenerative power supply that will be used by it while floating in the air. All the airship functions will be performed flawlessly, thanks to the combined arrangement of advanced energy and photovoltaic storage. All the operations will be controlled from a ground station, which will have the flexibility to alter payload tools once the airship gets back to its operational base. HALE-D will provide a platform, similar to that of satellite. The only difference being, it is less expensive, faster and performs multiple tasks.