Bell & Ross to join the bandwagon of luxury cellphones 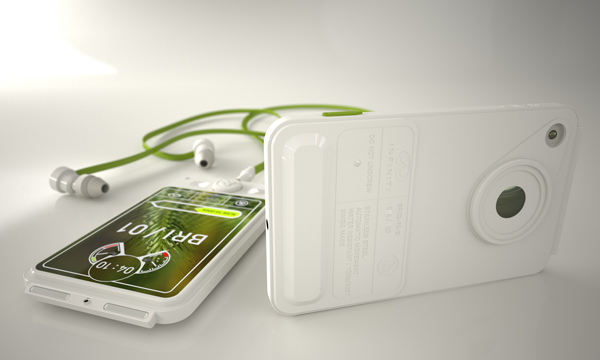 Steve Jobs got the ball rolling with the launch of the iPhone. The concept changed the mobile handset market. Users across the world fell in love with the iPhone’s features and sleek design. The phone’s interface, Android operating system and the online App Store providing millions of applications for the phone ensured users keep coming back for more. Apple continues to better itself by launching upgraded versions of the phone. Eagerly awaited by millions of fans, Apple’s design for the iPhone is here to stay for good.

Leading phone manufacturers have started creating handset models that ape the iPhone’s touch, feel, look and mechanism. The immense success of iPhone that hit bulls eye with handset users prompted several companies to join the fray. Follow the leader seems to be the norm in the handset business as rivals compete for the consumer’s attention.

The latest to join the bandwagon is reputed watchmaker Bell & Ross. An exclusive player in the high end branded watch segment, Bell & Ross products are eagerly awaited by customers. Considering that its products cater to the crème de la crème, its venture into the handset market may lead to the development of an extremely expensive model. The design has a front bezel resembling an “Arkanoid” and can be used while wearing gloves in outdoor environments with the help of well placed physical switches. The head phones accompanying the handset are absolutely flat, stylish and tangle free. Recently popularized by “Beats,” these in-ear phones are capable of withstanding ruthless conditions to bring your favorite music to you.

Trust the reputed watchmaker to add an element of class that is evident in their watches – titanium brushed casings are placed on front and back of the handset! Bell and Ross has not left out the peripherals – the handset boasts of a 10 megapixel camera and is compatible with multiple networks. A useful navigation device, this phone will be a must for those who love their expeditions.

Packed with so many features, the handset needs to be encased to safeguard it from impact resulting from contacts with hard surfaces. Bell and Ross plans to address this need shortly by launching designer leather cases and mobile docks for the phones.A phone like this, though not too different from the iPhone that we have grown to love, will add to the bouquet of options available for today’s discerning handset customer.

Bell & Ross to join the bandwagon of luxury cellphones was last modified: August 5th, 2012 by admin

Aquariva speedboat is a reinterpretation of the...