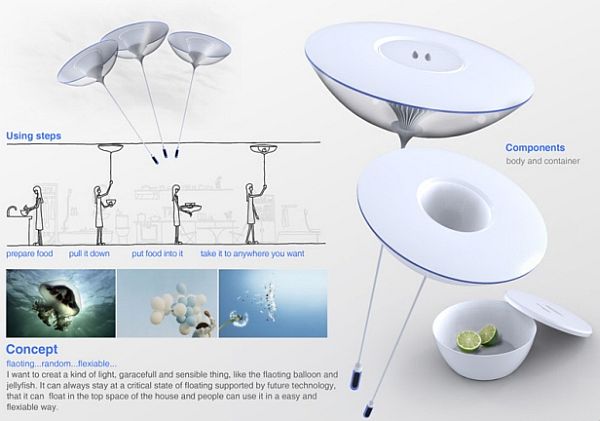 Imagine life without a fridge! Storing food, so that it remains consumable, will become such a problem. But with living spaces getting smaller, keeping a refrigerator will eat up the space even further. Chinese designer Zhang Wei has designed a floating fridge named Up-in-the-air which will make sure that food remains fresh while saving space.

If we observe, the only place we exploit aptly is the floor while the ceiling remains untouched. The designer has explored the possibility of using it in an ingenious manner with Up-in-the-air. In China, hanging food by attaching it to the ceiling is a traditional food storing method. Taking inspiration from this long-established system, now we will be able to store food attached to the ceiling. 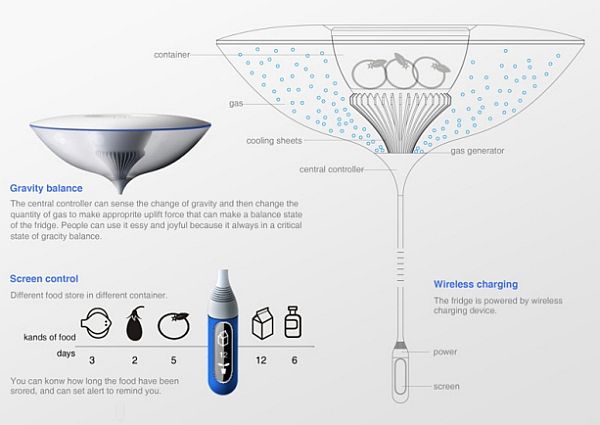 The fridge has been fashioned in the form of a cute looking container that can be charged wirelessly. The container has been injected with gas and cooling sheets. After filling the container with food, place it anywhere you feel like on the ceiling. It works like a floating balloon and remains there. The container comes attached with a central controller, which can easily detect the change in gravity. After the gravity is sensed, the correct amount of gas is released by the controller which helps in a suitable uplift.

Different containers are available to store different types of food items. One can easily come to know from how long the food has been stored with an indication wedged on it. Up-in-the-air will prove to be a boon in this intertwined world. It will save space and make sure whatever you store remains fresh. 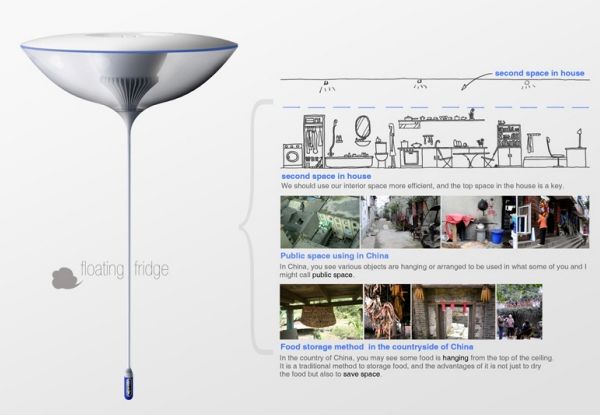