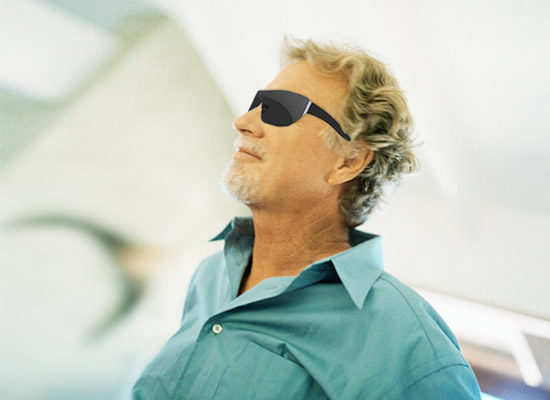 With dozens of high-tech yet user-friendly cameras surfacing in the market, almost every Tom, Dick and Harry have mastered the art of photography. But Mac Funamizu intends to make it simpler with his camera concept. Shaped like sunglasses, Mac has dared to reshape the gadget used for capturing images. However, such a sun glass camera can instigate monkey business in public places. Can you imagine some one walking down the street with such sunglasses and capturing images of everybody without their consent? Going by images, there isn’t any difference with respect to looks between original sunglasses and this camera. 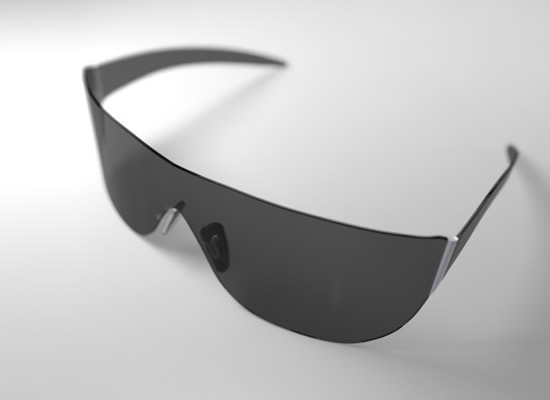 Design Status:
This Camera concept is just a novel idea.

Usability:
Fitted with a digital camera, it is also supposed to be tweaked with various natural interaction techniques. Simply don them and start clicking. Though it seems to be hands free, you will need you hand to create a frame. Just position the fingers as shown in the image and go about capturing images by shutting the left eye. Wonder how many accidental pictures will be captured as you wink your eye? Though it isn’t clear about the zooming feature, wouldn’t it be more amusing to zoom in or out by squinting or staring with eyes wide open.

About the Designer:
Tokyo based Mac Funamizu is a web/graphic designer and calls himself an Apple buff.

Sunglass Camera: Click with a wink was last modified: August 6th, 2012 by admin

Use a stepladder to indulge in that...

Volution: Is it a headphone or a...