It was bound to happen someday- flying cars. Long a staple of science fiction fodder (most notably in Ridley Scott’s seminal 1982 feature film Blade Runner; and of course the Jetsons) flying cars have fascinated modern civilization and a desire to make it a reality has always been on the cards. However, unlike most other sci-fi tropes, creating an actual, working car that can fly has been next to impossible. Until now that is. A start-up may just have created the perfect prototype. 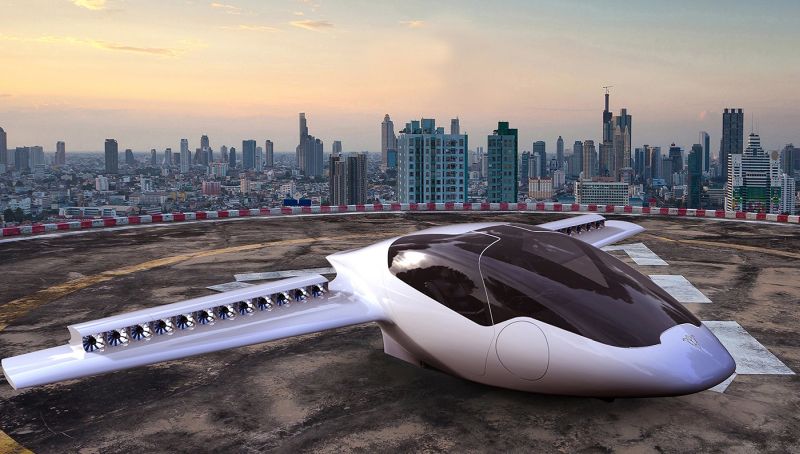 Lilium aviation of Germany seems like the right combination of rational expectations and a dream fuelled future. Started in 2015 by four graduates of the Technical University of Munich, Lilium Aviation has bold dreams. They successfully tested a two seated electric jet prototype named the Eagle earlier this year and have already found 90 million dollars in financing from various sources to create the first fully fledged flying electric car.

One factor to understand is that the company is a recent start-up with only about 70 full time employees. So, for them, to secure such an expensive funding is something to take note of. Another point of note is that the company also has backing from the European Space agency and the team is looking to increase its work staff to around 140 odd people. Clearly, they know what they wish to achieve.

The prototype created by Lilium is unique in its own way. For one it is propelled by 36 tiny propellers which run on electricity. It takes off and lands vertically, just like a helicopter would. This is good news because most cities are not only overtly congested but they also lack runaways. Furthermore the aircraft is made of lightweight materials and being fully electric, it will also be environmental friendly.

Other features include a large boot, automatically folding wings and a retractable landing gear. On the inside the jet can accommodate two passengers in the cabin and the prospective pilots would need only about 20 hours of flying to get a hang of it. Much like Tesla’s electric cars, the batteries can be charged by plugging in any wall socket. One charge would get you around 300 kilometres of range which can be easily tracked with the GPS navigation system. 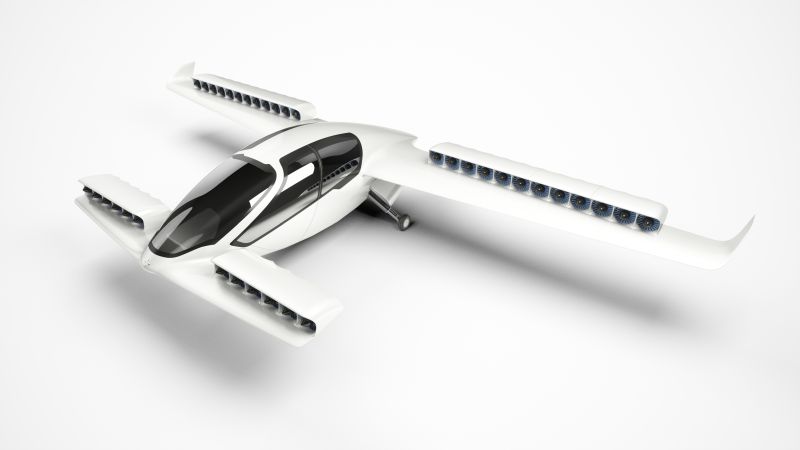 Lilium has stated that the service entry should be somewhere in 2018, and seeing as the first test flights are already underway this is a pretty good assumption. Expectations are high not just because it is a flying car we are talking about but also because of the young company’s claims. They state that a journey between San Francisco and Palo Alto should not take more than fifteen minutes; and a trip between Munich and Frankfurt would take less than an hour.

Future prospects of the company also aren’t resting only on this prototype. Lilium is already working on a five seated version which they are already calling an air taxi. Their claims are that this vehicle could easily reach a maximum speed of 300 kilometers an hour and fly approximately 300 kilometres on one single charge, although many are already sceptical of these numbers.

Another factor to consider is the competition. There are many companies, some with links to big corporations which are already looking at creating their own versions of a flying machine. Uber, Airbus, and even Google are looking into this sector as a viable investment, as are a few start-ups from China.

The concept of a flying car buzzing across the city is still in its infancy. As alluring as it may sound, there are many road blocks and uncertainties at play. But start up companies like Lilium are optimistic. They believe that this is the future. Just as the automobile industry is changing its face, going electric they believe the airline industry must follow suit. However undertaking this challenge is a very daunting task, something they are all too aware of.

Regardless of what happens by next year, these are exciting times. The pages of many science fiction novels are set to be brought to life.