Creativity and innovation is taking the fashion altogether to a different level. Nobody could have thought a bra could serve some other purposes other than comfort, support, and attraction. Go through the following list and see for yourself the unusual and interesting bra concepts: 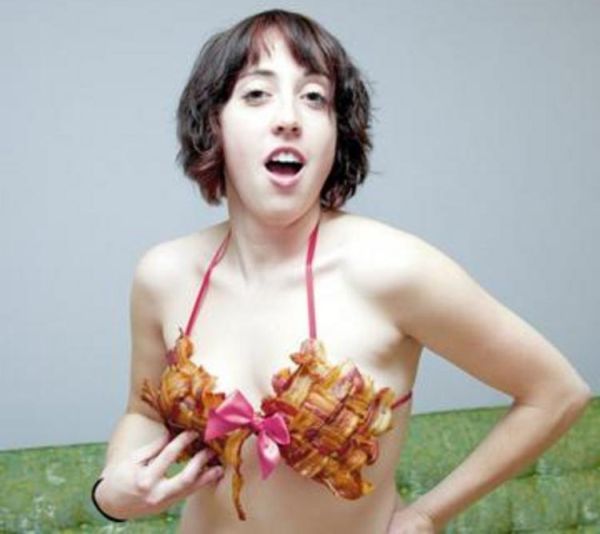 This bra is a special addition to the edible clothing line. The Bacon Bra designed by Nicky Stein-Grohs, who calls herself “bacontarian.” She is not clear as to what made her think about such a unique concept, but here it is anyway. She preferred to use cooked bacon in place of raw bacon, which presumably made an excellent topping. 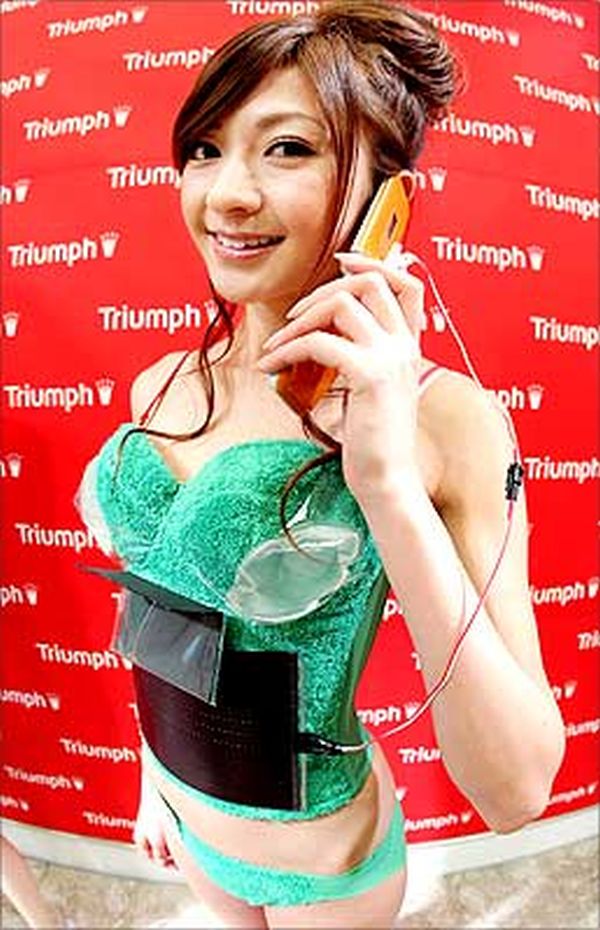 Triumph International Japan is a lingerie maker that has come up with the unique solar powered bra concept. The motive behind creation of this eco-friendly bra was to stimulate eco-awareness among people. Green in color, the bra is made of high quality cotton, and has a waist-mounted solar panel that powers a chest mounted electronic billboard that can also be connected to other electronic devices. Two reusable drink containers attached to the bra cups serve the purpose of encouraging people to reduce their consumption of plastic bottles and aluminum cans. This bra inspires people to take possible steps against global warming. 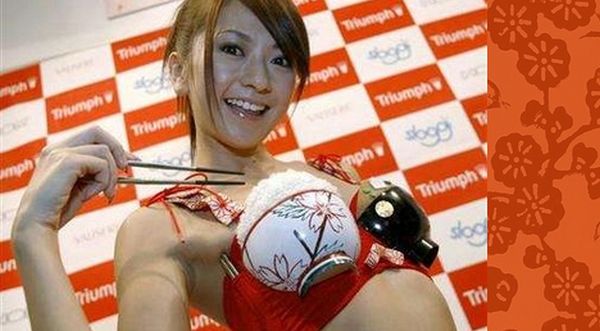 The Chopsticks bra was made to promote the usage of reusable chopsticks in Tokyo. It has a dual purpose, it enhances the cleavage and saves the environment. Although it is just a concept and is not for sale, but the idea is amazing. The Chopsticks bra has a Japanese dining table theme with a pair of collapsible chopsticks, the right cup houses a rice bowl and the left cup has a miso soup bowl. In the middle, the bra has a removable chopstick set. 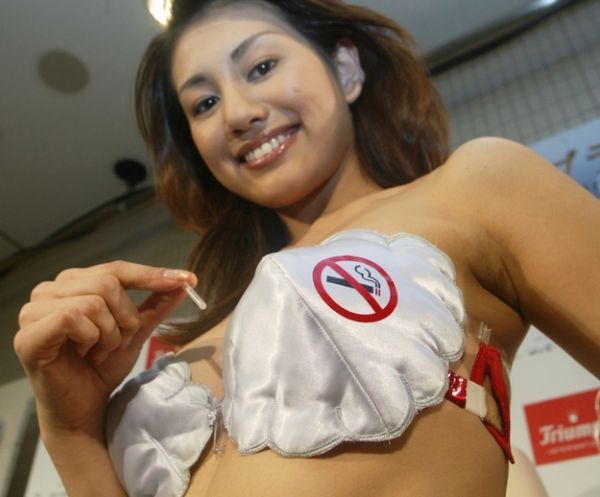 This is yet another concept bra by the Triumph International Japan, which has expertise in making weird and unique lingerie. Triumph designed this bra to help young women and girls of Japan to get rid of their smoking habit. The two cups of this bra holds two aromatherapy capsules that release a beautiful jasmine and lavender scent. The jasmine scent when mixes with tobacco smoke, it produces a very bad nauseating sensation, which automatically makes the wearer stay away from tobacco consumption, while the lavender is a calming agent that helps the person in withdrawal to keep calm.

Creativity and innovation is all it takes to convert even the most basic thing into something really useful and crafty, and the unusual bra concepts is one example of the perfect blend of these two elements.