Boats no longer work on sails and wind. In fact, you have a yacht operating on everything from solar energy to electricity. They have come a long way from the old rustic charm they possessed many years ago. Probably amongst the latest and the most luxurious developments in boat designs is a yacht. The yachts we see today are more about speed, power, luxury, and hi-tech gadgetry instead. They are perfect for those who want to explore the ocean with class. There are many types of yachts. You can narrow down your choice by opting for the ones that are safer and more sustainable. Taking this into account what people generally want, here’s a sneak peek into some yacht concepts, some of which have already been realized while others are yet to hit the waters.

15 – Amazing Yacht Concepts That Will Leave You Awestruck

Translating to ‘Flying Fish’, the Volitan is a futuristic yacht that operates on solar and wind energy. The yacht features a giant wing like apparatus on both sides to host the solar panels. These wings also increase the boat’s stability, especially during storms and high wind conditions.

The Star is a concept yacht which features a futuristic canopy that literally pierces the sky. The yacht boasts of a massive interior space stretching for almost 27000 square feet and across 8 floors. Some of the other impressive features of the Star include three elevators as well as plenty of well furnished rooms that can accommodate at least 36 guests at a time.

Here is a concept yacht for those who like to be more creative. The Kite Sailing Kitano Yacht makes use of a giant kite to propel the boat forward. Albeit a small surface area, the kite is able to generate enough force by harnessing the wind energy to create a comfortable sailing experience. A centerboard which operates on hydraulic power completes the yacht’s futuristic design.

The inaugural design launch of the firm, Occulus is a 250 foot, long distance cruising yacht. Shaped in the form of what one can describe as an ancient sea monster, the vessel can reach speeds of over 25 knots. Fitted with luxurious amenities, the yacht can accommodate up to 12 guests at a time. The massive vessel also features a lowered surface that is convenient for dockage and recreational purposes.

Considered as the status symbol of the company which designed it, Project Utopia cannot be likened to a yacht. Rather, it more or less resembles a giant floating island that is a staggering 11 storeys high and at least 325 feet wide. With the capacity to house a micro nation of sorts within itself, theisland will have space for everything from rooms, restaurants, bowling alleys, arcades, casinos, megapools and what not. The outdoor space features a 200 feet high observation deck that allows visitors to enjoy 360 degree views of the surrounding regions.

What if you could own a yacht that can sail above water, dive under the water and even fly? While all these functions cannot be added to the same yacht, the yacht concept design by Phil Pauley ensures that you have one yacht for every purpose. The Cruiser series features the party cruise called the Yacht Cruiser (the biggest of the lot), the high speed Power Cruiser (the smallest), the Fly that comes with wings that help it to fly, and the Sub that dives and cruises underwater.

This concept yacht features a half-boat, half- submarine structure which is fitted with luxurious amenities for guests. With a height of four storeys, the yacht also comes with an underwater windowed section to let guests have a close glimpse of the marine life around them. 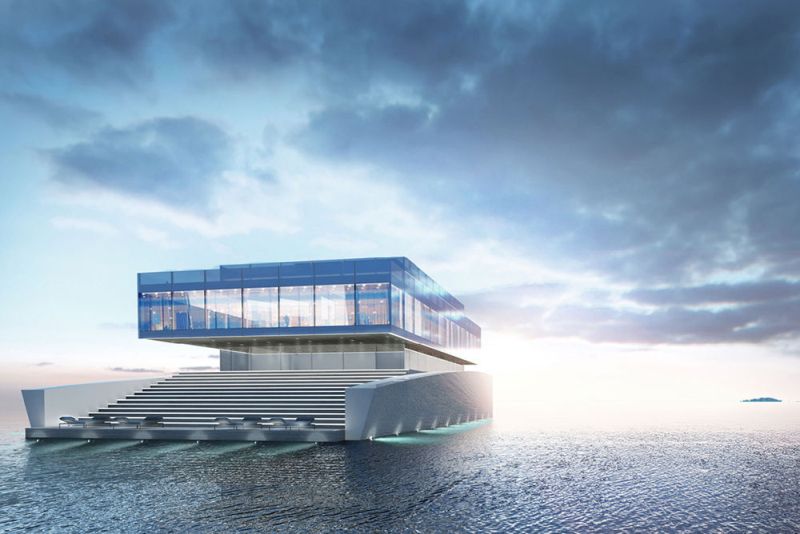 This futuristic concept yacht is definitely a dream come true for anyone who loves to sail. This is due to the fact that the yacht’s design is completely customizable, allowing its owners to stack new levels as well as rooms on top of each other like Lego blocks. A huge elevator in the center takes guests up and down the 45 foot high vessel while a majestic stairway at the back can double as a boarding point as well as amphitheater. 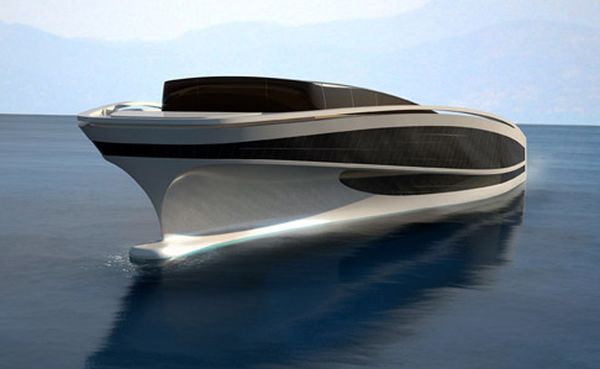 The Wally Hermes Yacht (WHY) was planned in the request of space, shade and light. This yacht offers 200 square meter suite coating the whole third floor. You can welcome more than enough visitors on the grounds that there are five visitor suites found on the second floor. 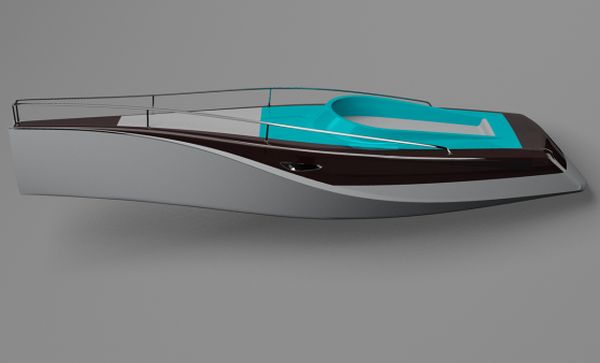 The Eden is an extravagance yacht that was planned by Daniel Hahn, a German outline proficient who had contemplated item plan. The goal of this outline study was to make lavish yacht dependent upon its style more than specialized advancement. With everything taken into account, this is a truly capturing outline that will doubtlessly stop people in their tracks. 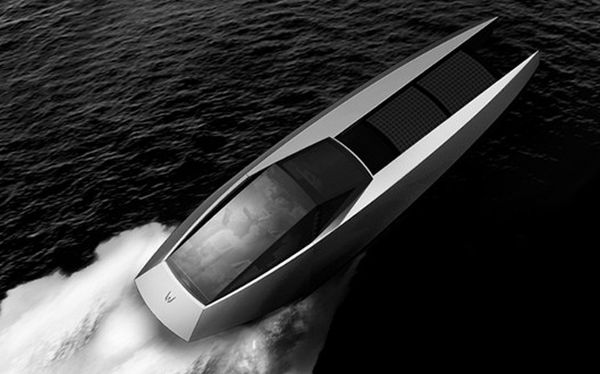 This wonderful yacht was planned by Code X AG, a Swiss organization situated in Meggan on Lake Lucerne. The goal of this organization is to create upper class items that utilize renewable vitality sources. This yacht joins sun based innovation with Formula 1 motors. Assuming that you join together these elements with a super cool outline, you wind up with this jaw-dropping yacht. 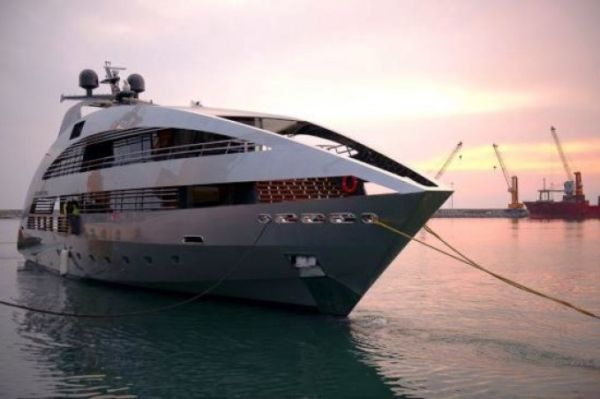 The Ocean Emerald is the first of four indistinguishable yachts that will be started throughout the following two years. The following two super-yachts will be called ‘Sea Pearl’ and ‘Sea Sapphire’. This cool yacht has four deck levels where you’ll discover suites, a cantina, bathrooms and whatever else might be available you can consider. 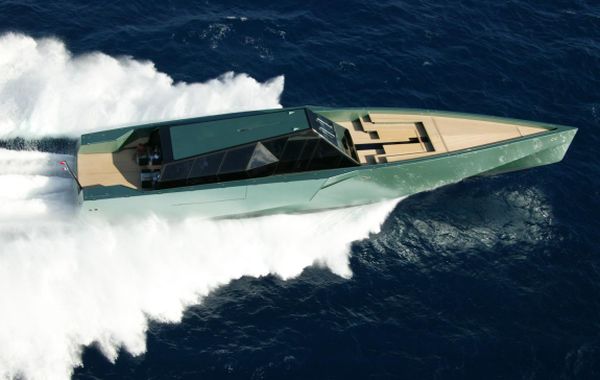 The 118 Wally power is a high execution super-yacht with some capturing characteristics. The smooth lines are the result of far reaching R&d exploration and more than enough wind tunnel testing in Ferrari’s test plant in Maranello, Italy. The superstructure is made of a carbon edge to guarantee the best reasonable to assumed execution. 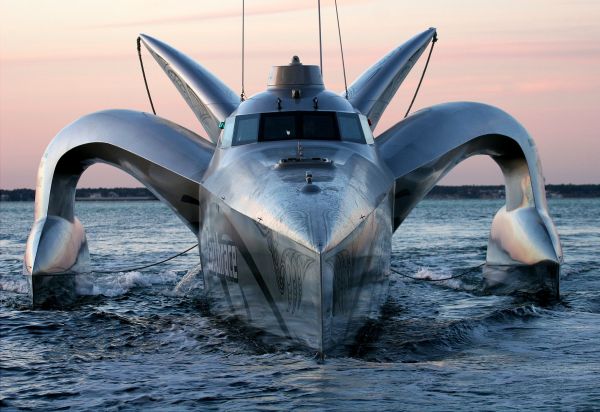 The Earth race is an elective fuel fueled trim ran. The target of this task is to break the world record for exploring far and wide in a powerboat. It actually succeeded with a period of 60 days, 23 hours and 49 minutes. Steadiness is ensured by two extensive patrons and it is wanted to rights itself when it upsets. 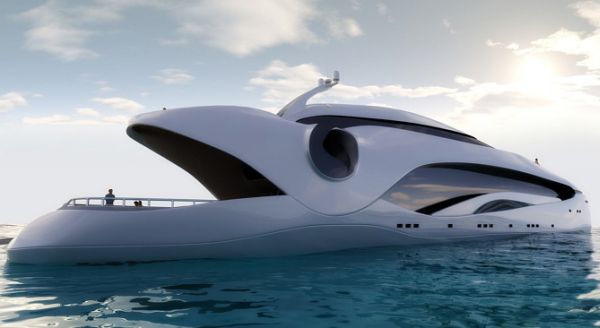 The Oculus is the essential outline launch of Schöpfer Yachts LLC. This 250-foot magnificence was composed by the author of the organization. The outer symbolizes the skeletal substance structure of the jaw and eye attachment of huge maritime fish and well-evolved creatures. This is, actually the coolest yacht in this rundown. It looks so sleek and exquisite, not at all like anything we have ever seen in the recent past.

Traditional wooden sailboats have given way to more futuristic vessels which focus on power, speed, and luxury among other high-end elements. With their impressive designs and features, these yachts will definitely be worth waiting for.