Video games are a $43 billion industry and it’s only expected to keep growing. In fact, one person in 75% of US households surveyed is a gamer. Kids playing video games is becoming prominent than it has ever been. With all this in mind, there’s a need to have a look at how video games can affect a student’s education.

Most of the news around video games have been portraying a more negative outlook. Most people have taken the stance that videogames are bad and have a negative effect on grades, but is this true? Are video games truly bad and do frequent gamers perform worse than non-gamers?

Plenty of studies have been performed to find the impact of video games on grades. They have all produced varied results. It’s because of this that some hypotheses have been developed to try and examine the impact of games.

Hypotheses Regarding Games and Student Education 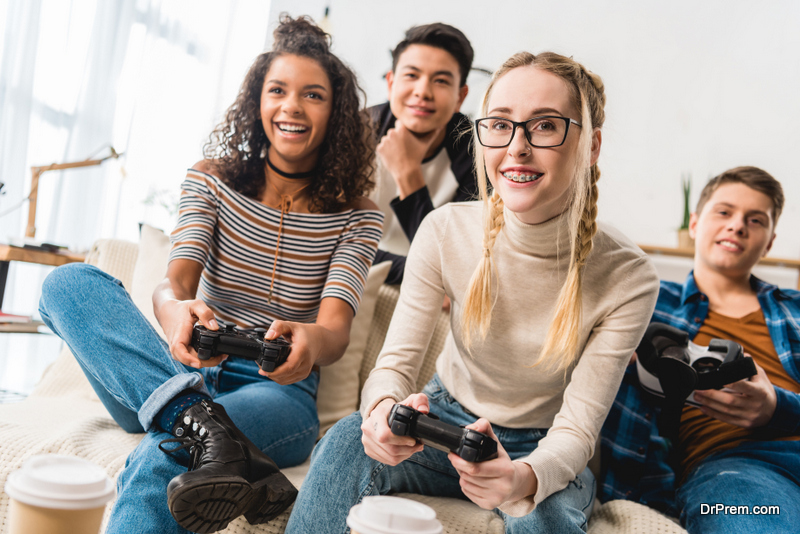 You might have heard this one from your gaming friends. You’d hear them brag about how games make them more alert and how it improves their cognitive skills. It turns out, they might not be wrong after all. This hypothesis points out that games are complex and it’s this complexity that can help train a student and improve their cognitive skills.

In this hypothesis, regular gaming can improve the gamers’ attention capacity and memory.

Now that we have looked at some of the positive ones, let’s have a look at the negative hypotheses.

This hypothesis focuses on gaming and its effect on the ability to pay attention. The hypothesis points out that frequent and long-term gaming can lead to increased impulsiveness and attention deficits.

This is caused by the student spending too much time on gaming and less on tasks that can help them improve their attention skills such as homework or studying. 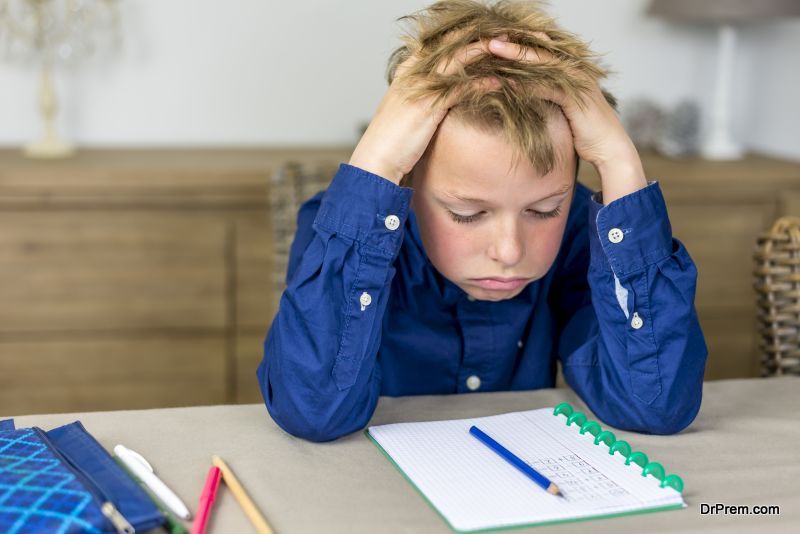 This displacement hypothesis is straightforward compared to the other two. It states that frequent gamers tend to perform worse because they have no time for school-related activities.

Most of their spare time is spent on gaming. This would make them not perform as well compared to their non-gaming counterparts and it would affect their academic performance.

This is because heavy gamers get less sleep compared to non-gamers. Besides, their quality of sleep also tends to be worse when compared to their non-gaming counterparts. It’s also observed that their amount of REM sleep tends to be lower because of the amount of emotional arousal that comes with playing games. This reduced REM sleep affects their alertness levels greatly.

The reasons all of these hypotheses are not considered to be conclusive answers is because of the scale of the study. The sample size used by many of the researchers has always been small and thus can’t be used to conclude on a large scale the effect of gaming on students.

With that said, there was a study conducted in recent times on a much larger scale to analyze this very contentious subject. It was done by a German researcher Timo Gnambs and involved over 3000 students in Germany.

The study was complex, but what it found was that frequent gaming among students, especially in school nights, increased their chances of receiving a poor grade. With that said, it was also noted that the effect size of gaming to academic performance was small.

The positive effects of games on students 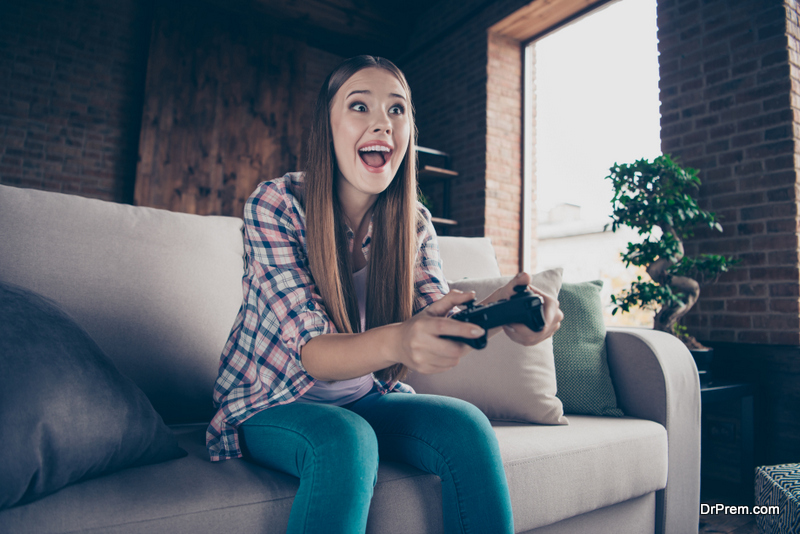 We don’t feel that video games always have a negative impact on kids. Kids have a lot to learn from playing video games. Let’s have a look at some of the positive effects of video games on students:

A study done by the International Journal of Humanities and Social Sciences found that multiplayer games increased cooperation among students. Their study divided 60 students into three groups; one that didn’t play at all (Group 1), one that played cooperatively (Group 2) and one that played competitively (Group 3). The game chosen for them to learn and practice was Modern Warfare 3.

They found that Group 2 would outperform all other groups everytime they were matched against each other. The way this plays a role in education and academics is that there has been a strong move towards project-based learning.

Teamwork is a necessity for today’s students. One of the effects of video games (not necessarily Modern Warfare) is that students can learn and gain the skill of working in teams/groups. 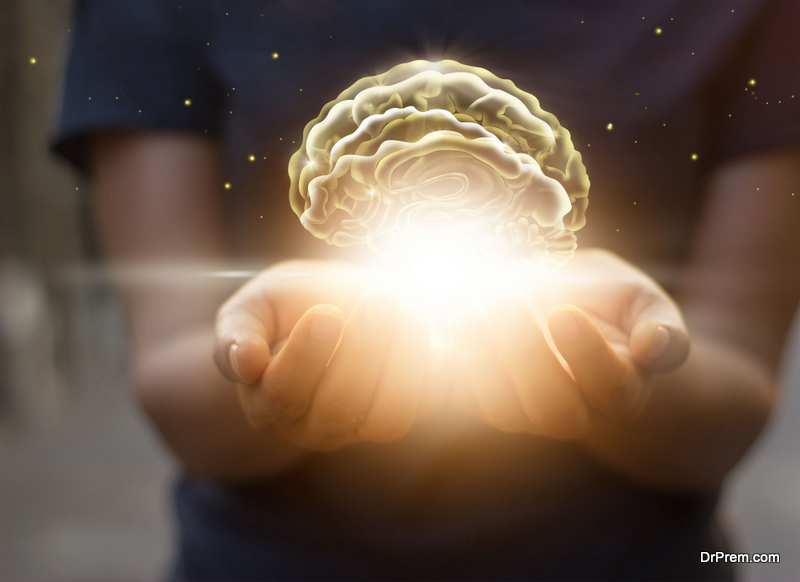 We have talked about the cognitive enhancement hypothesis earlier that talks about how games improve cognitive skills. Research does show that as well. A good example would be research conducted by Dr. James Paul Gee that showed how games improve the ability of a student to follow directions and problem-solving skills.

Through observation and playing some games as well, Dr. Gee noted that to progress in most of these games, players needed to practice, solve problems and always identify weaknesses, work on them and improve their overall gaming skills.

He noted that this all imitated a classroom space and thus by playing the right video games students were essentially improving skills that were useful for school.

Games have shown to increase the desire of students to learn. This is shown by a study conducted in Chile for three months by the Journal of Computers in Education Research. The study was mostly focused on the first and second graders that were given various educational games to play with.

After the conclusion of the study, increased student motivation was noticed among many other benefits. Video games can help build that intrinsic motivation for students. It can help them want to learn for the sake of learning. It’s not a bad thing for kids to play games.

It’s more important that parents just make sure that their homework and other related school work are completed. Besides, there are custom research papers available online. Be it college students, or school students, you can use it in the form of professional help with assignment.

This can help build a love of education for students as the desire to study for grades is not the only motivator.

Humans have had a long history of fearing technology so it’s no surprise that there’s as strong pushback against video games. We aren’t saying that video games are great all of the time. The right video games can have a great impact on a student’s learning experience.

Games should be thought of as a tool by teachers and parents and not an enemy. Timo Gnambs points out to that parents should be more focused on when children are playing video games and not for how long they are playing.