From gas and petrol to electrical, and from the huge bulky body to complex and sleek designs, vehicle designs are changing with the wind.  In times like these, when things are changing so much, the best buy would be the one that would stand the test of time. Therefore, in comparison to vehicles running on any fossil fuel, it would be more prudent to buy something that runs on electricity. Furthermore, you wouldn’t even want to ignore other alternatives like vehicles running on kinetic energy and solar energy. Getting your hands on one such machine would mean that your vehicle is here to say. So, check out Hotrod and other vehicle concepts that fulfill most of these criteria.

Read More: Wireless charging of electric vehicles might soon be a reality 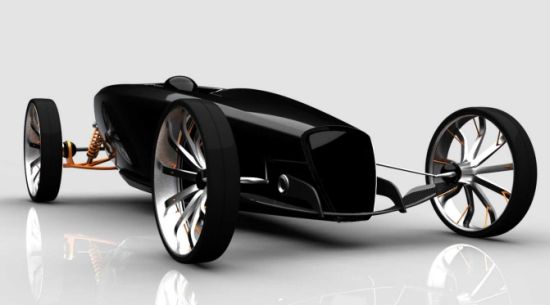 Blending a classic hotrod roadster feel with a modern-day-form language, designer Tristan Hipps, the creator of the Olympian Mega Yacht, has yet again popped up with a futuristic car that seems to redefine the classic version of the hotrods with its hot and aggressive design. The Mazda Rotary Valve engine with a 6-speed sequential transaxle transmission complements the sleek and smooth design of the hotrod. Borrowing its power train from the Mazda formula racecar, the hotrod will scorch the road in style. 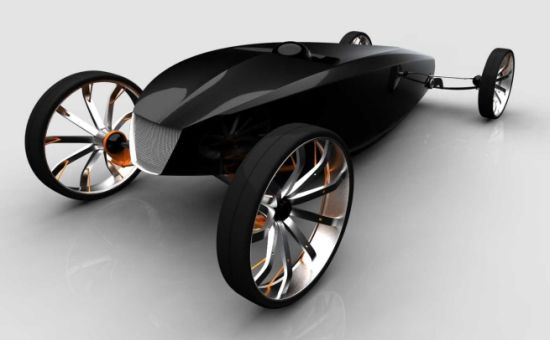 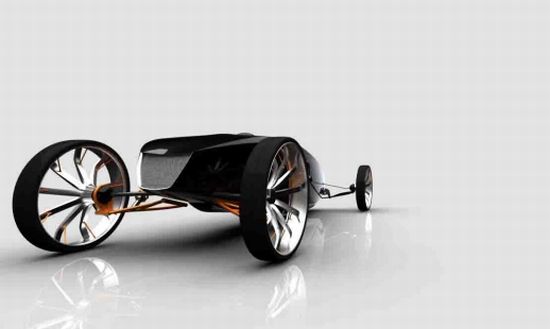 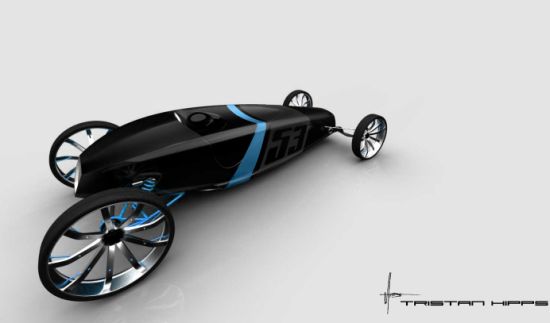 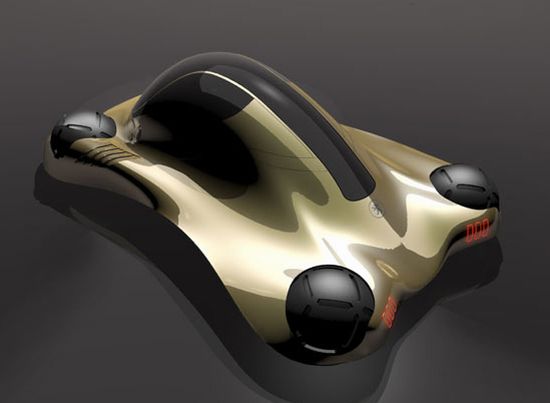 Utilizing “state of art” technology, designer Niels Grubak Iversen has come up with a futuristic car called “Peugeot Sphe’ra” that boasts a cutting edge design, other than some special features like maglev system for propulsion. The zero carbon emission car features spherical wheels, controlled by electromagnets incorporated inside each wheel, which surrounding the wheels like a ring of magnetic field floats the car on the magnetic field. Moreover, the wheels work as suspension and rotate around their own axis to move car smoothly in any direction. Powered by electricity, supplied by a Hydrogen Fuel-cell located at the bottom, the Sphe’ra (with single front seat) can carry three passengers comfortably. In short, a true city vehicle for the future! 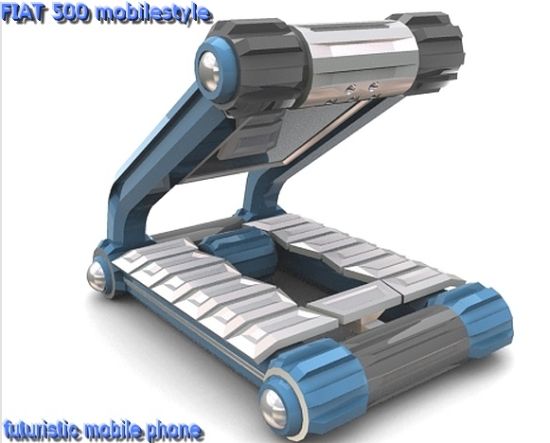 Every now and again i get the feeling that the human race is slowly running out of things to do and Nikola Novak’s retro-futuristic Fiat-500 Mobilestyle cellular phone design has caused that feeling to evolve into utmost certainty. Designed to be shaped like a car when its closed, this flip phone doesn’t look much like a Fiat. Honestly i think it looks more or less like a toy transformer.

The excessive wheels on the phone do exist for more than show – they can be used to scroll through the menu’s while the phone is operational. We don’t know which of the 7 wheels it is but I’m guessing the one in the middle of the keypad is our man. I’m not really sure its a good idea to put the wheel there though, it seems a bit awkwardly placed for scrolling. And since scrolling is notoriously hard to handle in the first place, this makes this seem more of a nuisance than a blessing. The mechanical buttons are also awkwardly placed and seem to be lacking numbering as well which again enhances the designs user-unfriendliness. The phone doesn’t seem very pocket friendly either and I could imagine what it would feel like if you slip this into your back pocket and then tried sitting down.

All in all its a mildly creative idea but wanting heavily in the practical department. I would recommend this for complete car nuts, and 8 year olds. 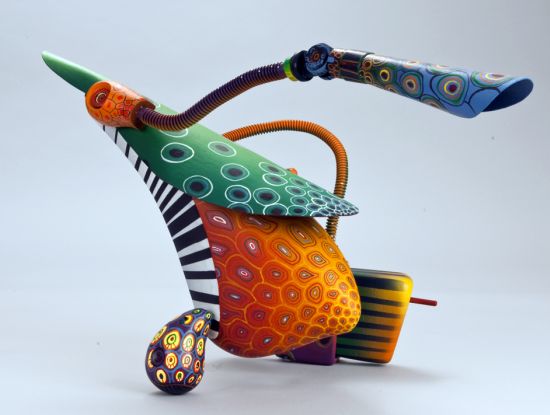 Conceived by Kyuseop Lee, a graphic & Industrial designer from Korea, the “Deos” is futuristic flying vehicle for cops that ironically looks everything but a vehicle from any angle. Moving on a virtual track system, the vehicle concept is propelled by an air jet engine. Drawing inspiration from nature, the Deos features flexible body structure to sustain the pressure at high speed. Running on hydrogen fuel, the vehicle integrates a support in the form of a wheel while landing as well as taking off. It also features a beam or flashlight, controlled by driver’s helmet, to chase the culprits in the dark. The Deos presents a compact body structure, which measures 241 x 95 x 89 inches (LWH), to allow brisk movement.

Powered by an electric hybrid system, the Éclair (“lightning” in French) by designer Alexander Kotlyarevsky is a futuristic vehicle that is capable of altering its shape, modifying the configuration of the vehicle to be more spacious or more compact, according to the preferences of the commuters. The vehicle comes with a spherical control system activated by two spheres under each arm of the driver, so both left- and right-handed drivers could drive the car with equal ease.

For right-handed drivers the accelerator and brakes are located under the left arm, while steering is shifted under the right arm. Boasting a radical combination of technologies and styling, the two-seater presenting a unique system maximizes the role and performance of the tires. The tires are made of reinforced silicon alloy to maximize durability, grip and performance, withstanding high and low temperatures. 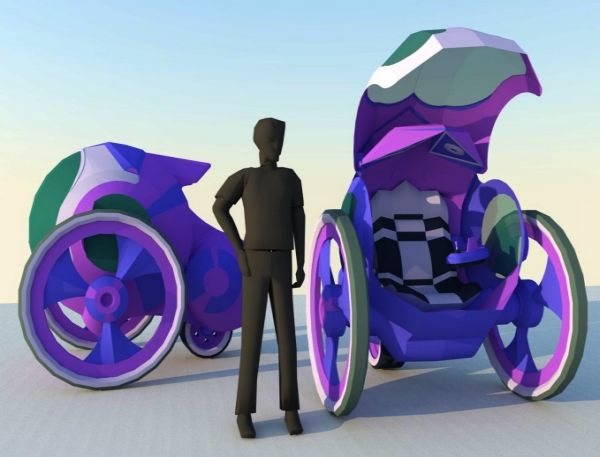 Increase in traffic can be a pain in the neck for commuters, as this means shrinking parking spaces plus frequent traffic jams. This wastes a lot of precious time and makes people lose their cool as well. Anton Shabramov has designed a concept car that has been named LITTY specially for busy city roads.

This fully electric two-wheel car will manage to solve a lot of problems with the kind of advantages it offers. The cute coupe ranks high on the safety graph. It has laser navigation sensors, which avoids any chances of accident on the road while driving.

The two load-bearing wheels of LITTY fully support the car. The vehicle has been devoid of steering wheels and pedals. The eco-friendly coupe will not add any poisonous gases or emissions to the already polluted surroundings. It comes with a pledge to keep the environment clean and green.

LITTY is an environment-friendly electro car concept. This futuristic vehicle with attractive looks will prove to be blissful in modern times. 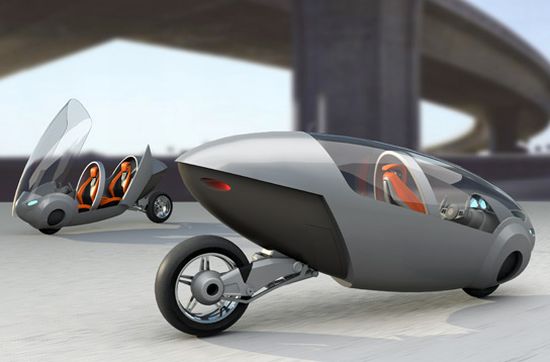 Created for the Swiss company Paraves Ecomobile, Jednostopého is a brand new concept vehicle that aims at taking civilian transport truly into the future. The brainchild of Design Brothers, the design draws upon the principles used by jet fighters with its frame focusing mostly on a stream lined figure that can offer both speed as well as fuel economy and efficiency. In addition, a lowered front wheel offers the driver a better view of the road ahead allowing him to better control the vehicle.

The slim design bodes well for the traffic and parking situation as well while a straight-line seating arrangement allows both the driver as well as the passenger to gain a panoramic view of the surroundings. Moreover, Aircraft seats offer greater comfort reducing fatigue and therefore make this vehicle an ideal long-distance traveler!