Concepts cars are nothing less than what we would see in our future. In fact, these ought to come up as a solution to all the problems that we are facing right now and which we expect to become much more severe in the near future. Therefore, right now, for the most part, we are seeing innovations like Renault FRENDZY that revolve around concepts of multifunctionality and sustainability. A car for the sake of a car has become so popular that people are almost tired of it. They want something new and something that also has a sustainable aspect to it. Concept car designs like that of  Lars Martensson and other car designs in the article are amongst those which we are highly likely to see in our future. So, let us check them out. 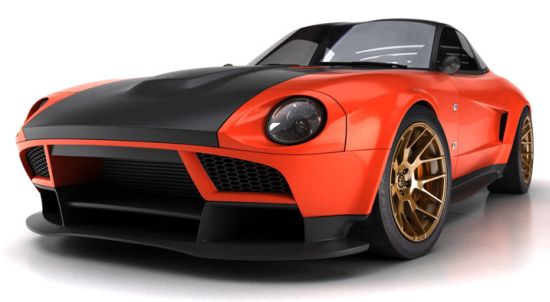 Inspired by the earlier Datsun 240Z, Swedish designer Lars Martensson has come up with another Datsun 240Z car that, though autonomous, presents almost identical features and exterior of the original version, other than presenting crisper and cleaner lines. Boasting smart designing skills, the concept car slants the recessed headlights at a laid-back angle, while chrome bumpers have been replaced by an aggressive (multiframe) grille in the front and a diffuser, with integrated twin center mount exhausts at the back. Powered most likely by a 2.4-liter inline 6-cylinder engine, which drives the rear wheels through a manual transmission, the latest version of the 240Z locates the exterior door handles about the top section of the lateral air intakes. Check out the video after the jump. 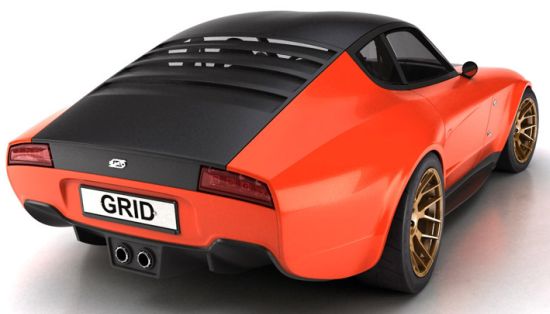 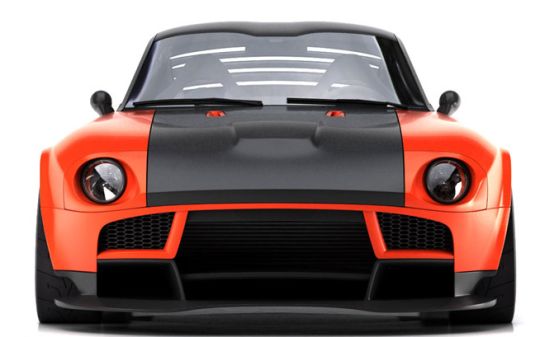 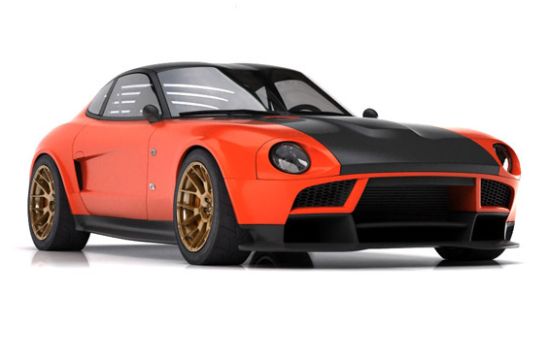 Toyota’s Concept-I has a perfect pod-shape with outrageous styling and gull-wing doors. The Concept-i car’s designers have a vision of the car which makes safety a prerogative and changes how people interact with their cars. The car uses a system called the Yui to interact with human drivers. The AI appears on the central console when first starting the car and then moves around the interior at different integrated but subtly hidden surfaces, in an attempt to make the driver feel comfortable, and tries to suit the ambiance of the car to the driver’s personality and mood.

Fiat Chrysler’s concept car is aimed at millennials. It’s not that eye-catching, being heavy looking and boxy but hopes to attract millennials with tech which they’re looking for. It’s an electric car which has 250 miles range and gets back over 50% of the chargeback in less than 20 minutes, with a Fast Charger from DC.  It is fitted with sensors and lidar for autonomous driving (level 3) i.e. it can drive itself but with human supervision.

The Oasis car from RInspeed has a complete garden, with radishes and Bonsai trees that is tucked away behind the car’s windshield. The massive touchscreen display has voice and gesture control. The car can also alert the driver of obstacles with a display on the windshield.

Volkswagen’s concept car is named the Hippiemobile, and is the hi-tech version of the company’s microbus. The electric car can do 270 miles on one charge, equipped with radar, lidar, ultrasonic sensors and cameras, which makes the car completely autonomous. The cars have other innovations like a tablet which can be removed from its console and be used outside.

The car can be opened by the driver using a smartphone.

Honda’s NeuV is a concept car from the company which is a self-driven electric car. There was not much detail available except that it was fitted with AI which is sensitive to human emotions and can thus improve driving experience.

Nissan’s Vmotion wowed everyone with its sharp geometrical styling and cool features. It has ProPilot technology which allows for self-driving in urban areas and freeways, at speeds to 62 mph. The doors have a sleek scissor design and boomerang headlamps. The Nissan emblem in the grille’s center glows in autonomous mode. The sound system has the latest in Bose speakers and can be restricted to non-entertainment signals only to the driver. There’s also a huge horizontal display inside the car.

BMW’s latest offering is a concept car which displays the company’s vision for the interiors of the future. The idea behind the design is that with fully automated cars, the car interior can be homey and spacious. Booklover’s would like one feature in the car – a bookshelf. It also has a massive display screen which can be enjoyed when the car drives itself.

This is a concept car which is an SUV with all the trappings of concept cars these days with semi-autonomous driving technology. The SUV looks much more muscular than the previous model. It seems to have more head-shoulder room and has more cargo capacity as well. The VC-Turbo sends power through an all-wheel driving system. Furthermore, the VC-Turbo design lets the SUV have a short hood, which lets the car have a “cabin-forward” design. The seats are sporty and wood and leather have been used to give a luxurious look. 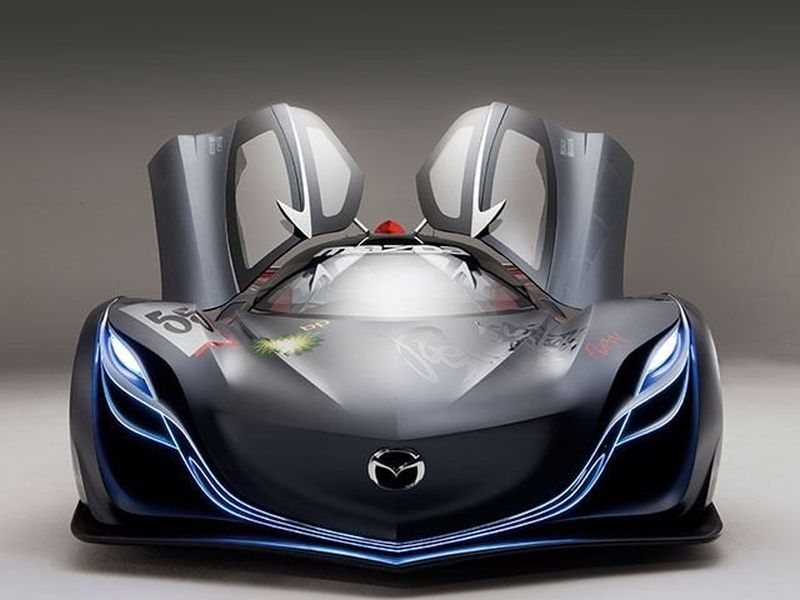 For a diehard Batman fan, the Mazda Furai Concept could be the car of their dream. Although this car was never meant for commercial production it is so far the most beautiful car concepts ever produced. In the 2008 North American International Auto Show held in Detroit, this ultimate concept car from Mazda. It made its debut and bewitched every car lover of the world instantly. In addition, the name Furai actually translates into the sound of wind and considering its 20B 3-rotor wankel engine with over 400hp, Furai seems to have delivered the machine a justifying name. 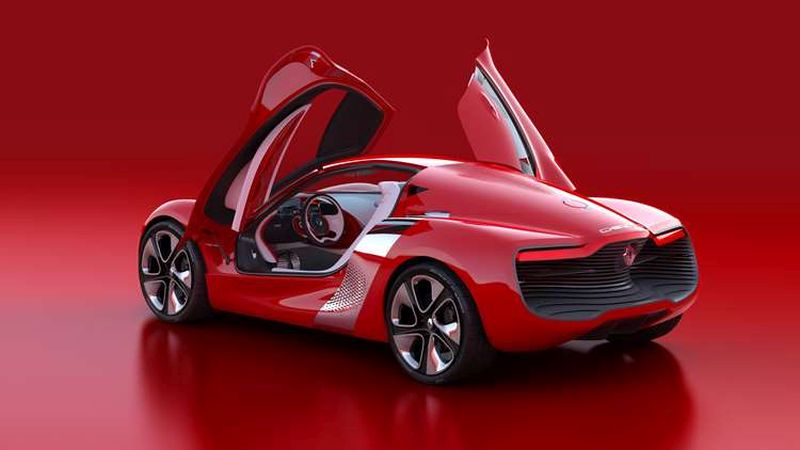 This beautiful concept car DeZir from Renault surely brings out the inner desire on the front. It has sexy sheet metals, shimmering side blades, reverse butterfly doors along with the stacked-layer tail. This concept is installed with only a 150hp electric motor. However, with its incredible design, the DeZir still managed to steal the show at the event of Paris Motor Show of 2010.

Known for their luxurious sporty design, Lamborghini revealed this incredibly beautiful sport-luxury sedan in 2008 in Geneva. Considering its practical design with a clean and sophisticated profile and being installed with a powerful engine of 5.2 litres V10, the entire world of automobile expected the Estoque to go into production soon after it was unveiled. However, unfortunately, the financial crisis led the famous Italian automaker to postpone the production of Estoque indefinitely until the right time approaches. 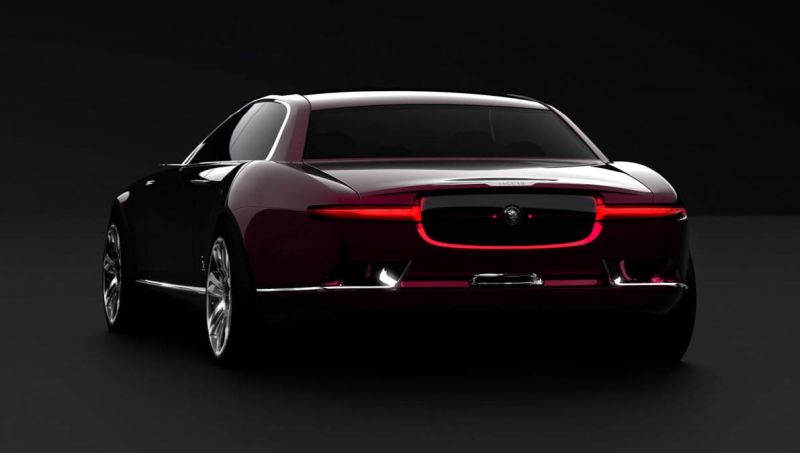 The Bertone Jaguar B99 concept was first introduced in the 2011 Geneva Motor Show. It was the occasion when they celebrated 99years of Bertone’s existence. Its stunning outlook comprises of sleek aluminum panels along with long suicide doors. These are made lower and wider than the contemporary designs of other counterparts from Bertone. It is also installed with an admirably modern power train. In addition, it also has a gas engine of 1.4 liters, a pair of 201 hp electric motors which provides the rear wheel with an immense 570hp. Moreover, the slender headlights including the huge Jaguar grille along with the absence of the B-Pillar provide the B99 with an ultra-modern yet elegant look. 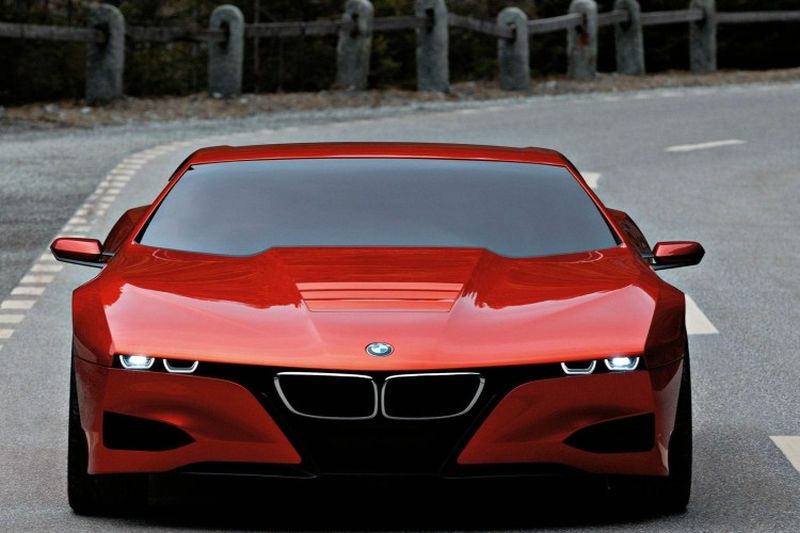 Back in 2008, BMW unveiled one of the world’s most spectacular supercars in Italy at Concorso d’Eleganza at Villa d’Este. Reflecting the trademark BMW designs, The Homage concept is low and flat in dimensions but it also highlights a more muscle iteration in its outlook. Furthermore, styling elements such as the panel gills in the rear quarter, twin emblems of the rear roundel and slender fascia. This makes the M1 Hommage concept a true masterpiece of stunning designer cars.