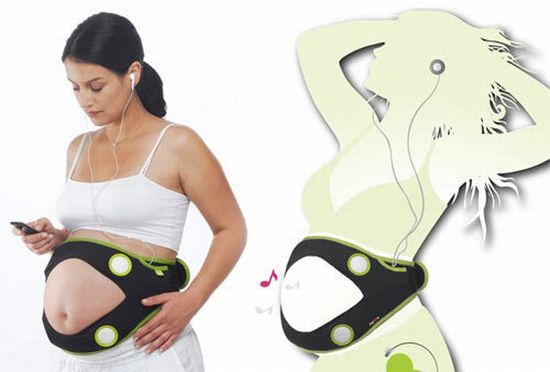 Being pregnant is a great feeling. It feels particularly well when you know that your little one is safe and sound. While you do everything you can to assure the same, you can make it even better by using certain maternity gadgets. Here for you, we have mentioned some of the best gadgets for expectant mothers.

Medical gadgets, apart from their utter utility, are perhaps the squarest devices that have least to do with designing or aesthetics. However, the Bridge Design, a Bay Area firm specialized in medical device, has come up with a sleek and portable ultrasound machine that adds oomph and aesthetics to the vigor of medical gadgets. Called “Stork,” the concept machine is especially intended for expectant parents, so would-be moms could have a glimpse of their upcoming child without straining the neck, courtesy the second removable display. The Stork also lets the users to send the electronic images directly to family and friends. Moreover, the basket-like equipment provides ample space for probes, gels, screens, printouts and everything else. 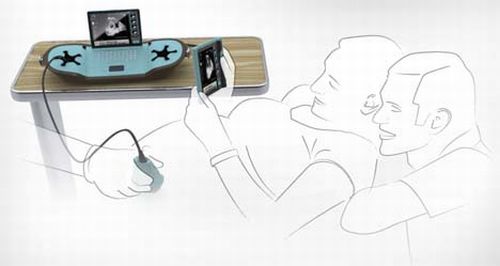 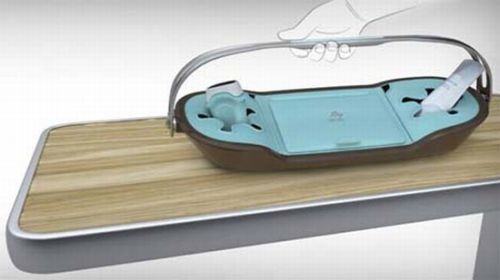 Maternity Gadgets that would make your Pregnancy even more special

Getting pregnant is an awesome feeling for would-be mother. These maternity gadgets aim to make the nine-month journey even more interesting and remarkable for an expecting woman. Click through to find some cool maternity gadgets that will make your pregnancy extraordinary:

A newborn baby remembers the music that it hears in the womb. The baby can rememember the music for about a year after birth. So, why not share the best, melodious tunes with the baby in your womb. Bellybuds is a maternity gadget that got inspiration from the aforementioned fact. Bellybuds are pregnancy headphones compatible with iPod and other music players; that someone designed for his expecting wife. The adhesive rings stick on to the belly, and the gadget has a fixed low volume, so that there is no harm to the baby.

Gynecologists take into consideration the number of baby kicks as a factor that determines health and well-being of a baby inside. Expecting mothers need not go to a doctor to find out the baby kick count, as they can use a superb maternity gadget kickTrak that keeps a track of number of kicks baby does in a day. A device that counts baby kicks, times them, and creates a log that comes handy.

A fertility gadget that is helpful for both the expecting and non-expecting women, and their significant others. The gadget measures and checks when you are ovulating, thus, giving you both an idea to try to make a baby. The gadget lets you know the days that have higher possibilities of getting pregnant.

This particular gadget has been designed to strengthen the bond between a mother and the baby in her womb. Beforme MP3 Stethoscope is a device that records and then plays heartbeats of a baby inside the womb. The shape of this device resembles that of an embryo, and the heart beats that it records are later shown on the graph. You can use USB cable or Bluetooth to transmit information recorded to computer.

Almost all women experience morning sickness during the early stages of pregnancy. Bio Band is a maternity gadget that is believed to reduce morning sickness considerably. This chemical free wristband, when tied onto a wrist uses acupuncture to put pressure on joints that reduce nausea.

Listening to the heartbeats of an unborn child is possibly the sweetest melody for a pregnant woman. Strengthening the contact between mother and her unborn baby, the Puffi Santel Intergalactico, joining hands with Robert Majkut Design has come up with a stethoscope with MP3 player that records and plays the heartbeats of an unborn child. Hailed as ‘Beforme,’ the unique medical device is basically a combination of an MP3 player and a stethoscope, which can be used to listen to the heart beats of the mother as well as the infant. Apart from playing the heart rhythm on the headphones, the embryo-shaped device presents the heartbeats as a graph, on the display, as well.

Combining the basic elements of headphones, corps and stethoscope, the Beforme is an innovative and user-friendly medical gadget. It’s easy to use as the mother can record the heartbeat with just a touch of a button and send it to the doctor for charting and comparing the data. Moreover, the user can transmit the recorded data via USB cable or Bluetooth to the computer.

The Revive by designer Meng-Jung Chuang is a uniquely designed chair meant to cure seasonal affective disorder in expecting mothers using light therapy. The treatment is considered an effective way to alleviate pregnancy blues and ensure health. The chair emits light of a similar color and brightness on the inside that spreads widely around the user. The blue light resembles the sky, whereas the green cushion evokes the feeling of sitting on grass, thereby making the expectant mother feel calm and relaxed.

While we time and again emphasize on the natural development of young kids, still we don’t miss a trick to intrude with their growth. And the latest example is the “Ritmo” by Nuvo which actually is an advanced sound system that lets the ambitious patents enforce their musical interests on their unborn baby. Poor soul! Connecting to iPod, BlackBerry, iPhone and a variety of MP3 players, the prenatal music player straps four tummy-firing speakers around an expectant mother’s belly to commence the woes of the baby in the womb. The “Advanced Pregnancy Sound System” is available for $130. Check out the video after the jump.

We are a die-hard fan of dual functionality. Give us a simple design that combines two different functions, and you’ll have us singing praises for for hours. Hence, it’s natural for us to go head over heels for Yaoyi – the cute rocking chair that is bundled with a supplementary benefit. The designer has given a beautiful twist to an ordinary chair by adding a little space on the left side to create space for your baby. As you relax on this chair, the rocking moments of the chair will keep your baby in good spirits. The sleek design and the double benefit of this chair makes it a desirable piece of furniture.

A nine-month journey of pregnancy is loaded with an exciting mixture of feelings, and the maternity gadgets help make this journey truly relaxing and memorable.