How much fun do you derive from video games? A lot we bet! Just like it is usual for girls to fall for dolls houses, it is usual for boys to fall for video games. However, even amongst the so-called video game lovers, there are some who take their passion to a brand new level. These are the ones that add a level of weirdness to it. Nevertheless, what would the world be if there were no strangeness into it? By bringing out some of the weirdest video game controllers ever known to humanity, these innovative weirdos show how intense and singular their love for gaming is.

While there have been so many articles on the best of gaming devices, games and amazing joysticks, today we bring to you a whole new world. We will tell you about some of the worst joystick ideas which resulted in some of the strangest joysticks.

Have a good laugh and stay clear of the weirdest video game controllers ever that have been a problem for gamers over time. Although if you have a knack for weird things we would recommend you try out one of these weird game pad of all time.

Some instances of the weirdest video game controllers ever 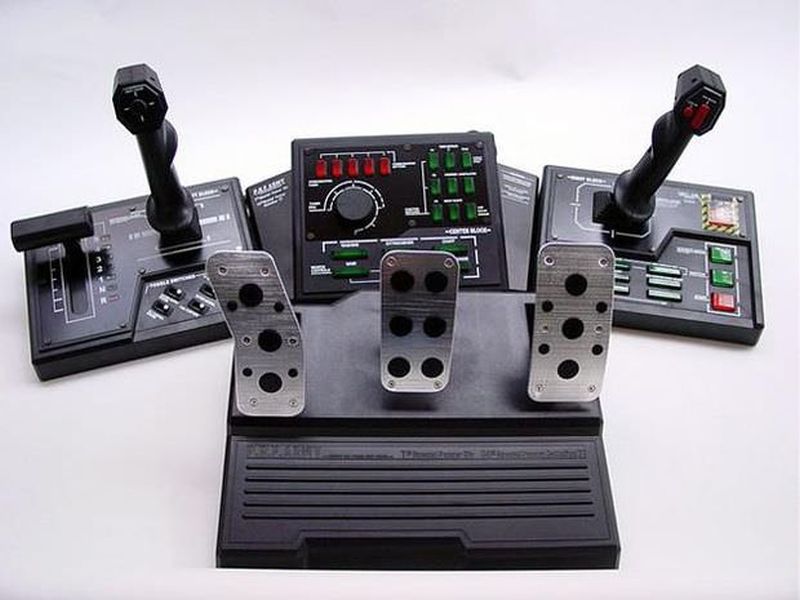 The issue with this game pad was its size. It was almost the size of a coffee table and came with 40 buttons and two sticks. This was launched way back in 2002 and cost around $200 back in the day. This in fact will fetch you more at an auction in today’s time. 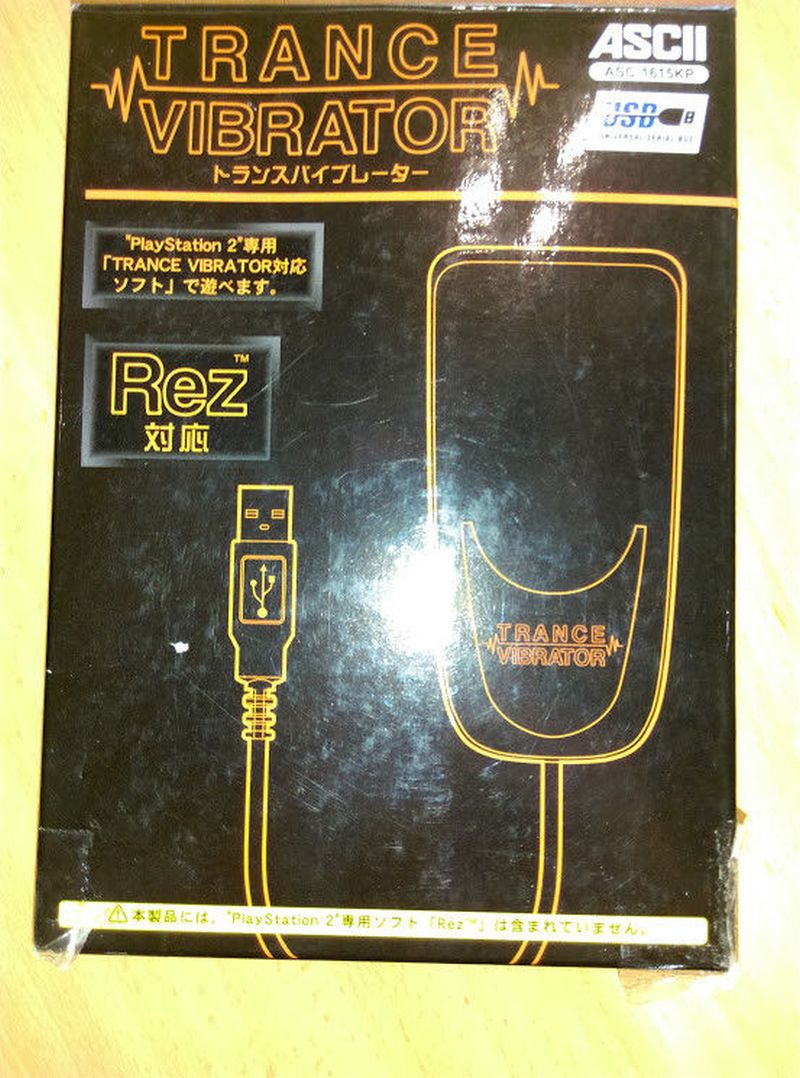 There is good reason for this making it to the list of the strangest joysticks. While it was originally built for use in Japan it was supposed to be used in the form of an USB device. This if you plugged in to your PS2 pulsed over a period of time with the beats. One could even keep it in his pockets to heighten the music appreciation. 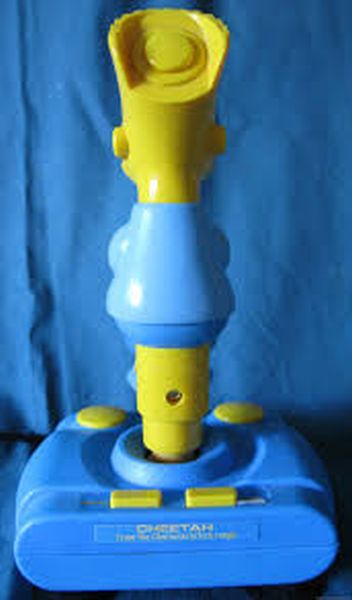 This was one of the most weird joystick ideas and was quite a rage in the 80’s and 90’s among the gamers. They came in various forms and shapes like the shape of a cheetah or batman or the terminator. This could be used with the Master System and NES. However comfort did not feature on its list and you have them poke your hands while playing. It was also very difficult to use around. 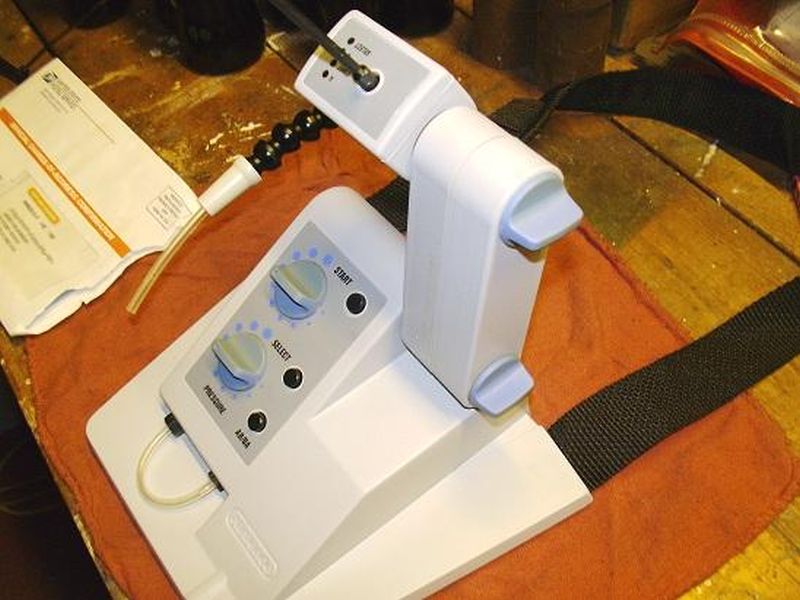 This was a product brought out by Nintendo. Although it was apparently weird there was a good side to this. It enabled the disabled to have a chance to play video games. The commands were provided by mouth and tongue movements on a stick. Blowing or sucking in a pipe executed the A and B commands. 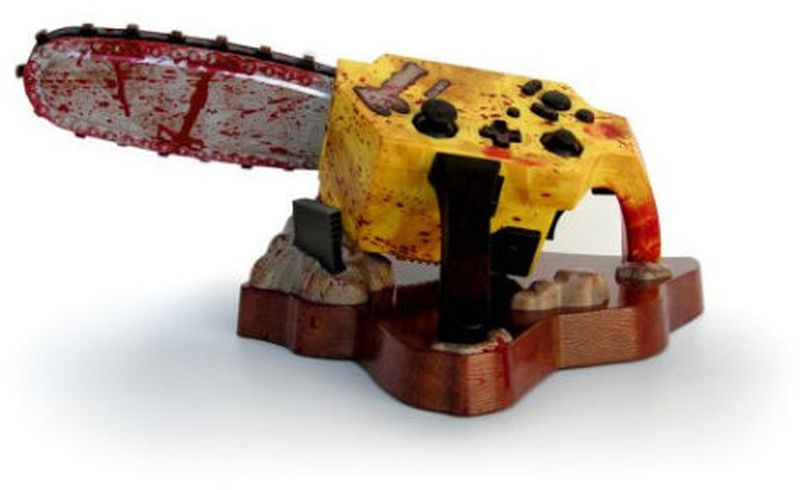 The joystick here was built in the shape of a chainsaw. It was themed on the then release movie Resident Evil. It had a pull chord which would result in the playing of the chainsaw noise while being used. It even was provided with a built in rumbling noise and the makers also provided a specialized storage box to keep this product. 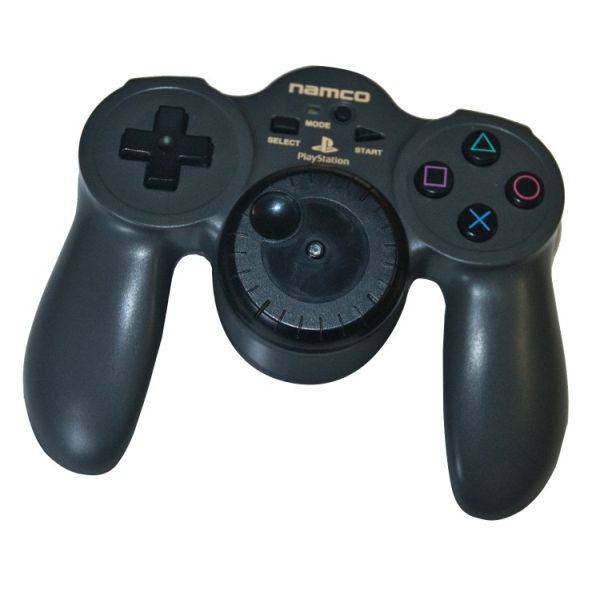 This was one of the strangest joysticks because of its odd shape. There was a big dial right in the centre of the joystick. It could be used as a wheel with which you could steer the cars during gaming. It also was compatible with some later models like the PS2 and the Ridge Racer V. So if the shape did not bother you that much, this was not necessarily a bad purchase.

You can find it to be weird but for the fans of train and ship simulations, this was an absolute treat. These cost around $200 and came with as much of realistic controls as was possible to be provided. The train controller for instance was equipped with extremely realistic control systems complete with brakes, throttles and reversers. 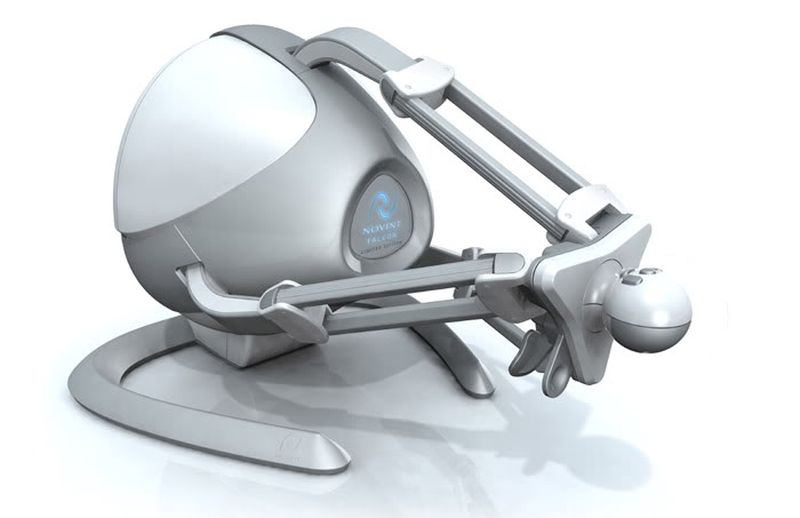 This was a newbie and a weirdo at the same time in the world of video gaming. With a shape that resembled a gun that got stuck in a lampshade, this device provided the most realistic sensory stimulation of touch till date in video games. It gave the player a feel of holding weapons which was further supported by the recoil effect you could sense. We list this among the weird game pad of all time, but it was popular at the time it released among gamers. 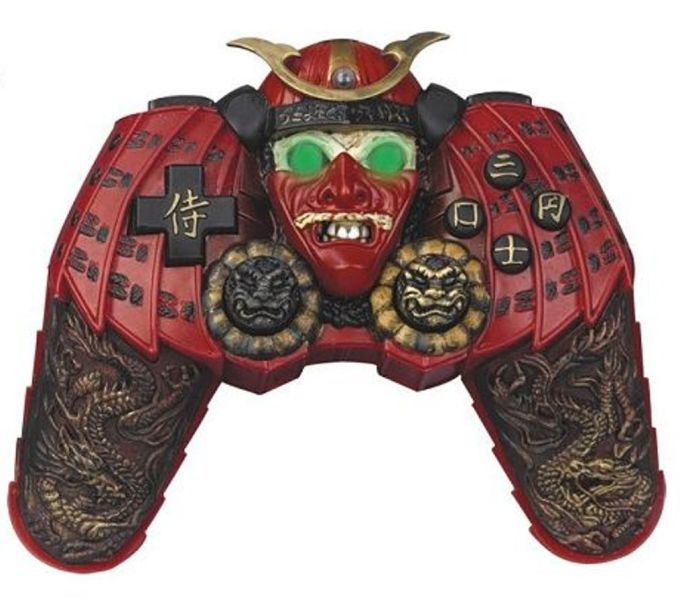 How can our discussion on weirdest video game controllers ever be over without giving you a sneak peak of this Samurai Warrior USB Gamepad! It was given the look of a Samurai warrior. The eyes glowed and when coupled with the skull face made for a terrifying specimen. But the system was provide with a whole new buttons setup and caused significant confusion among gamers. 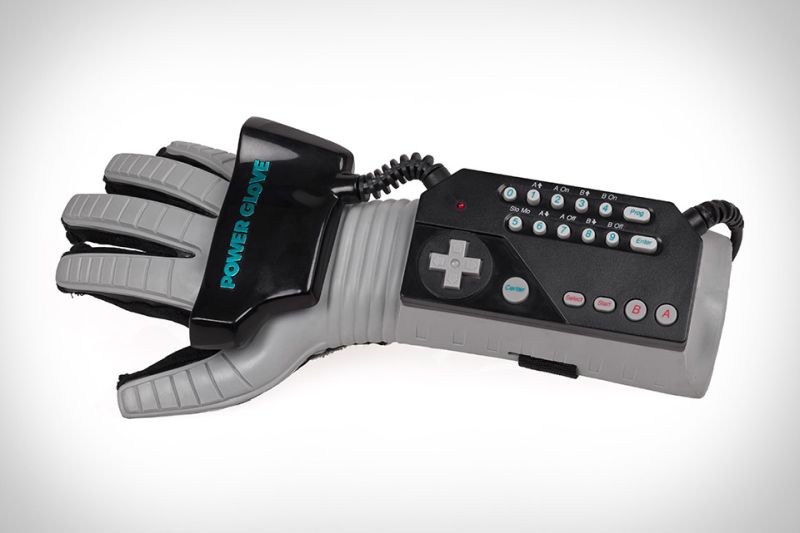 When it came out in the year 1989, many deemed this to be a thing from the future. What makes it rank among the weirdest video game controllers ever is the fact that there were only two games which one could play using this. None of those games were rated highly and eventually this joystick faded into oblivion. 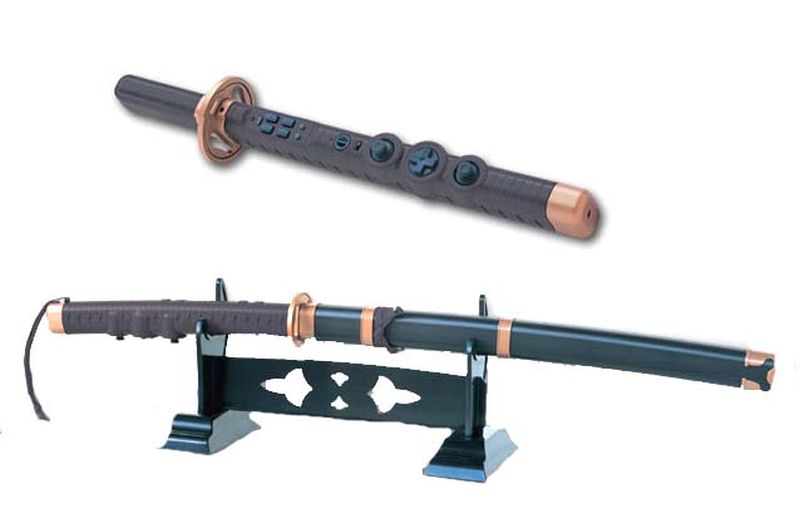 This was designed in the shape of a Japanese Katana sword and was built to grab the fancy of the gamers. If you swiped it around, it operated as an attack function and even with such features it came across as really impractical to be used as a controller. 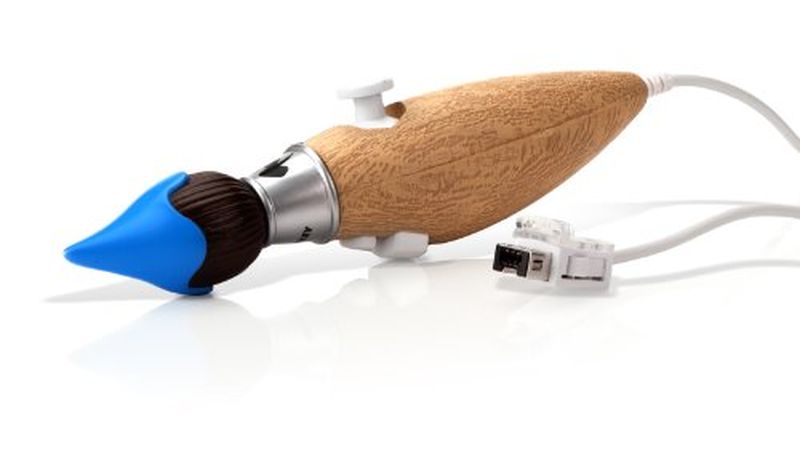 This controller was actually designed to play a particular game called the Mickey game and came in the form of a giant paintbrush with a glowing tip. This glowing paint tip also changed its colors. It was just not the right device to be playing other games simply if you consider the oddity of playing football or tennis with a giant paintbrush. Eventually it ends up featuring among the strangest joysticks.

All that is weird isn’t necessarily bad. So the weirdest video game controllers ever do not imply that they cannot catch your fancy. In case they do, feel free to use one. What is life without the little weird bits! If not we hope this was just an entertaining read which gave you insights as to how weird it has gotten in the world of gaming.