Fashion has been influenced by music trends from the sixties to the present. Fashion designers need inspiration to design innovative new collections and what better inspiration can there be than music? Some performers such as Michael Jackson, Prince, David Bowie have taken the fashion world by storm. These days, the collaborations are more pronounced, with musicians like Rihanna adding their artistic touch to sports brands like Puma. Let’s take a deeper look at the fashion inspired by music:

The history of fashion inspired by music 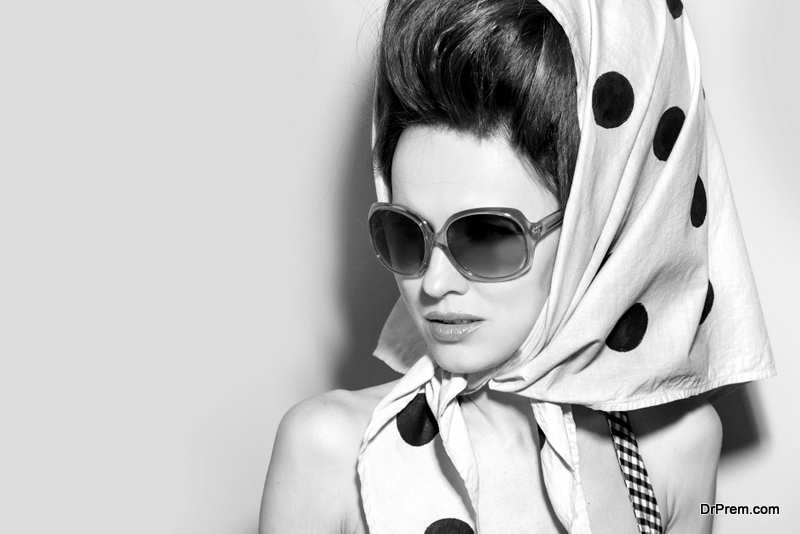 Fashion as we know now has evolved through various influences, one of the main ones being music. Popular music became the rage and changed the lives of many starting from the sixties, when fashion became accessible to all, from different economic backgrounds. Not only designers but retailers and tailors copied the styles of the biggest rock/pop and country stars.

The biggest pop culture influence on fashion was of the Beatles and Rolling Stones. The ‘Swinging Sixties’ was a liberal time, where youth ruled and dictated everything, even fashion.

Mary Quant, the designer designed the miniskirt, as a result of the fun attitude of the music and the times, which has never gone out of fashion!

Woodstock, Flower Power, hippy lifestyle, free love and psychedelic drugs made their presence felt and clothes designs reflected this in the colorful and vibrant colors and patterns of the sixties. Bell-bottoms in all colors, bold stripes and big flowers remind us of the mid-sixties.

The end of the sixties saw another major fashion innovation – denims. This was due to the influence of musicians like Bob Dylan, Joni Mitchell and Tom Paxton who became popular with the working class.

Thus, sixties fashion inspired by music  is relevant even today, and the music of that period continue to inspire, which can be seen in the designs of brands such as Tommy Hilfiger, Dries Van Noten, Anna Sui and so on.

The seventies and eighties 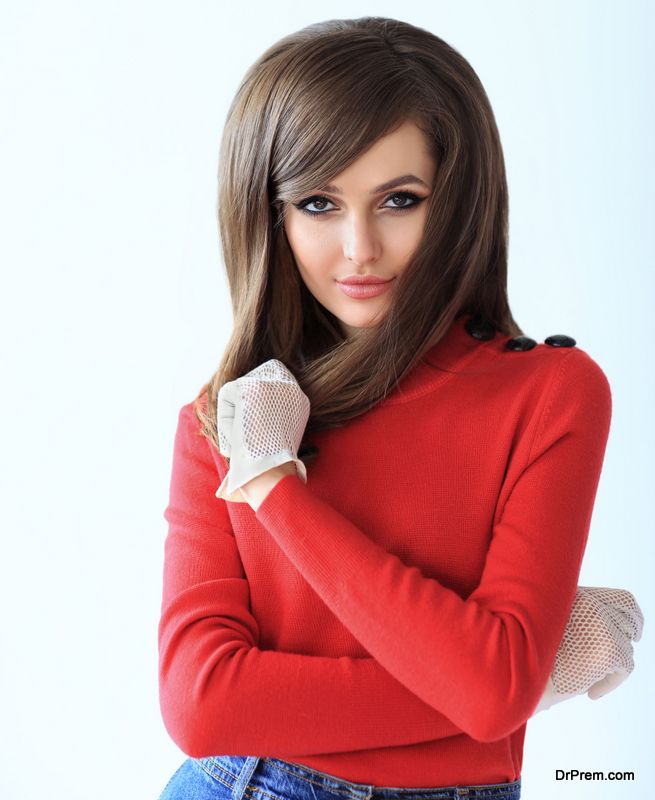 The seventies gave rise to one of the most epoch marking designers – Vivienne Westwood. The ‘Punk’ rock and the Punk style complemented each other, and Vivienne Eastwood is, in fact, credited with having almost crafted the ‘Punk’ look. With Malcolm McClaren, she created the look for the band ‘The Sex Pistols’.

The clothes the band wore were outrageous – spiked dog collars for accessories, toilet or bicycle chains on clothing, and over-the-top hairstyles and makeup. Young people on both sides of the ocean picked up the ‘Punk’ look which is a look which has always been a statement against the establishment. It’s an example of music themed costumes and vice-versa.

A musician who impressed in the seventies due to his clothes was David Bowie. He wore, what he called, ‘Man’s dresses’. He was an inspiration for many men dressing in pink and gold, and people who experimented with their looks, far from the normal, humdrum pants and shirts.

Michael Jackson loved his sparkles, and his Fedora Hat, and present day sensation Bruno Mars loves Michael and Fedora hats! So the 80s, 90s and the turn of the century fashion was hugely influenced by Michael Jackson, and his music themed costumes continues to influence fashion even today. 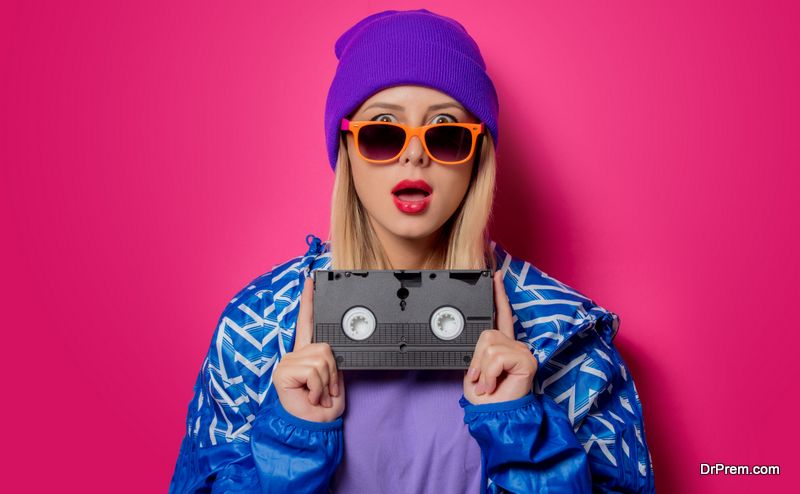 The nineties were all about alternative music and grunge, with bands such as Pearl Jam, Cranberries and Nirvana making inroads into the music scene.  The grunge sound was perhaps the most widely accepted version of rock, as well as the clothes the music led to. The sixties and seventies were a stylish age, but the grunge look, a fashion inspired by music, made people free of any kind of strait-laced styles.

A famous celeb who has been an epitome of the nineties grunge music, is Johnny Depp, with his long flowing hair and carelessly careful way of dressing. The nineties saw the arrival of acid wash denims, flannel shirts and fingerless gloves (which can be seen in countless movies of that age). These new accessories and fashion styles can be said to be have a definite pop culture influence, especially Nirvana’s Kurt Cobain, whose loose and free clothes were embraced equally by men and women. Another contribution of Cobain – granddad cardigans and ripped jeans which are in vogue today too!

The nineties also saw hip hop music come to the forefront and designer Tommy Hilfiger was one of the designers hip hop artists preferred. The designer in turn, put in Usher and Aaliyah in his ads and dressed Snoop Dogg for his ‘Saturday Night Live’ show. Hilfiger’s designs have a strong 90s influence visible today. 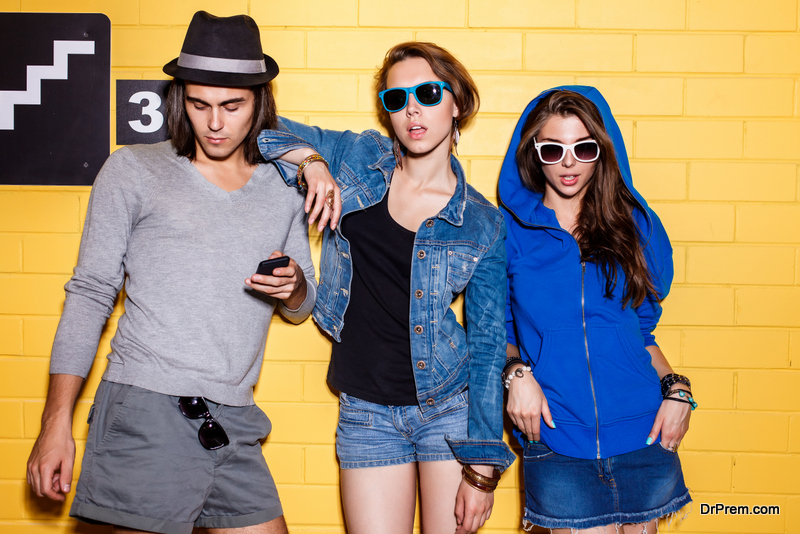 Grime artists are an integral part of the fashion world. Some, like Krept and Konan, have their own design houses which design music themed costumes, meant to be worn by those who love that kind of music. Grime can be seen often on the catwalks today, as design houses like Gucci accepting this music trend and designing streetwear to appeal to the fans of Grime. Streetwear, therefore is one of the fashion inspired by music.

Designers who are heavily influenced by music 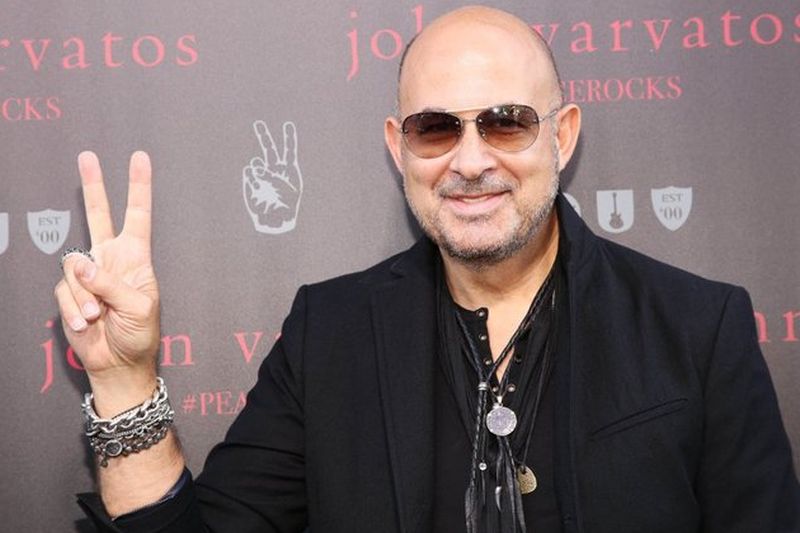 He freely admits his collections being influenced by music, and has chosen bands and musicians such as Green Day, Iggy Pop, Alice Cooper and so on to represent his label. He has partnered

with Republic Records to sign artists whose music he likes. 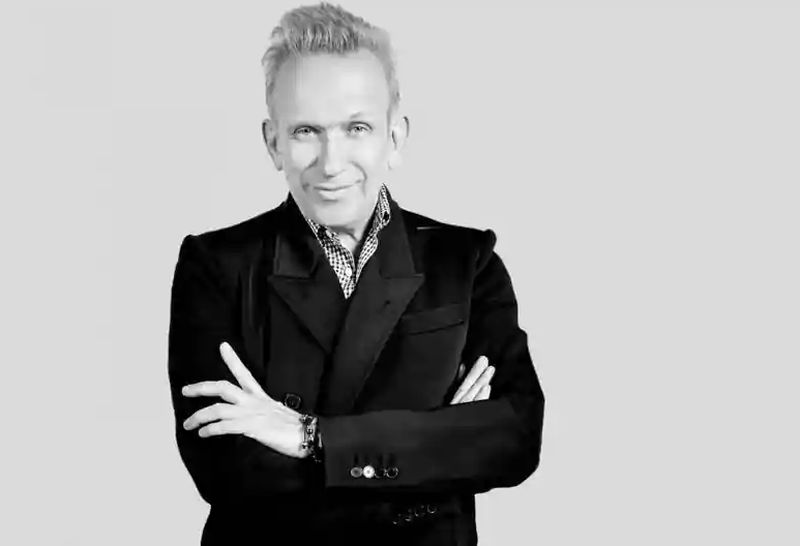 The iconic designer is known for his affinity to music superstars, as he has dressed Madonna and Marilyn Manson, to name a few. In Spring 2011, he was inspired by Joan Jett, and designed an entire collection featuring fishnets, denim, shredded fabric and leather.

There are other designers such as Alexander Wang, who also have admitted to the major role that music has played in his designs. Music, belonging to the past present and future,  will continue to play a vital role in defining fashion of the future.