It is impossible for us to know how being blind feels like. Only a person who once had vision and then lost it could understand the loss. Not seeing things means they can neither watch movies nor read normal books and not even have a conscious idea of the things around them. However, to tackle all these problems, designers are coming up with special watches, cell phones, and even smartphone apps for the blind. In fact, gadgets like Panopticon and others mentioned in the article truly bring light into the lives of the blind.

Braille may have empowered the visually impaired with the ability to recognize text, but contemporary gadgets are not only expensive and difficult to learn, they also replicates the Braille with audio feedback to make life even worse for the blind. Providing a solution, Canada-based designer Joshua Sin has developed a device concept that liberates the lives of the visually impaired by allowing access to regular text, i.e. newspapers, textbooks, food labels etc, using the same experience as reading Braille. Hailed as “Panopticon,” the futuristic device uses scanner technology to convert text into refreshable-Braille and audio feedback. The device ensures instant audio and Braille feedback based on the speed of scanned input, motivating users to read and build their confidence.

The Panopticon comes with audio and Braille navigation, so users could scan in proper areas without any difficulty. Presenting an intuitive and natural learning experience, the device lets the users read at their own pace. The faster they scan, the faster the feedback; the slower they scan, the slower the feedback. All the user needs to do is wear the device in his/her right hand and scroll the index finger over text and get spontaneous feedback. As users scan the text, the refreshable Braille and audio speech rises up and down instantly to provide immediate feedback. The refreshable Braille piece rotates in a cycle to allow smooth transition between letters. In short, the Panopticon eases the learning curve for the visually impaired, allowing them an opportunity to join the mainstream. 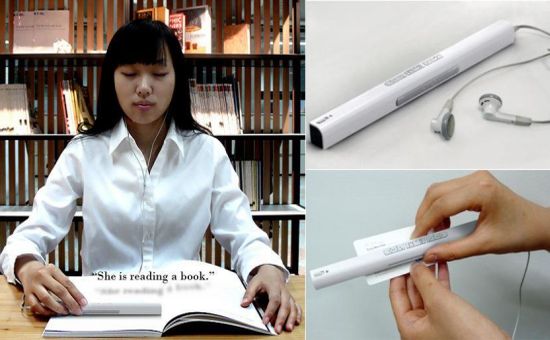 The blind have a dark, bleak world of their own and even though they are curios to learn things, their disability to see pulls them back. Not many can tackle the intricacies of reading using Braille and thus many choose to stay aloof from knowledge stored in books. All this is now on the path to change with noble thinkers like Sungwoo Park developing ultra-savvy gadgets like the Voice Stick. The magical gadget scans and then reads out the words in a comprehendible manner to a vision impaired individual. The Voice Stick can scan, translate and read books, newspapers, mails etc. We need to laud designers like Sungwoo for thinking about the visually impaired at a time where no one cares or bothers about their living; indeed, we need more designers like Sungwoo to make the world a better place.

2. Lazarus Wine: Labeling for the blind 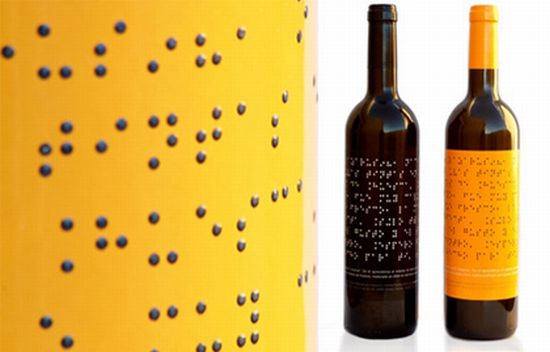 Product labels are an essential part of the whole marketing exercise. Not only do they communicate vital information about the stored item but also help in branding efforts for a company. However, for obvious reasons, blind people can’t read these labels. And this is why Madrid-based Baud decided to incorporate Braille in designing the package and label for Lazarus Wine. The bottle itself makes for brilliant design.

In addition, the label becomes intelligible for the sightless with Braille inscriptions. The engraving highlight the whole manufacturing process. Furthermore, the bottle doesn’t lose it’s beauty for the general public either with the usage of bright colors. Now if only the designing innovation does not lead to a higher price of the product, this would be a prefect example of effective ethical marketing. 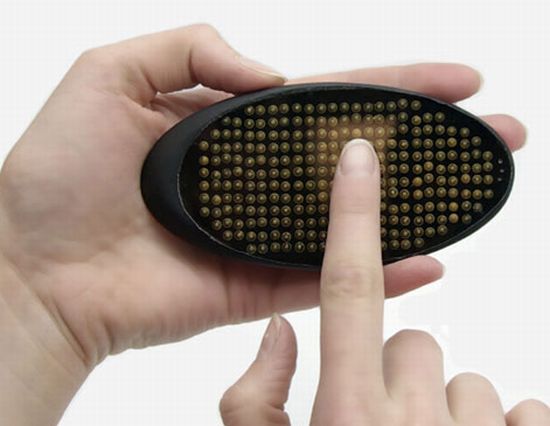 You may enjoy features like e-mail, multimedia messaging, voice dialing, phone books, word processors, multi-color displays, and cameras on your hi-tech cellphone, but the special users, especially visually impaired, have to do with conventional landline phones to fulfill their communication needs. Providing a solution, designer Nikko van Stolk has come up with an innovative cellphone named the “Tactile” that makes use of a system of digital texture to let the blind access a multitude of features offered by modern multi-touch mobile handsets. Including an array of conductive pins beneath the multi-touch screen, the concept phone employs “the sense of touch by sending digital information as pulses (beats) of electricity to the user’s fingertips to simulate texture.” With Tactile Phone, now users can recognize basic shapes using only their sense of touch across an array of conductive pins. 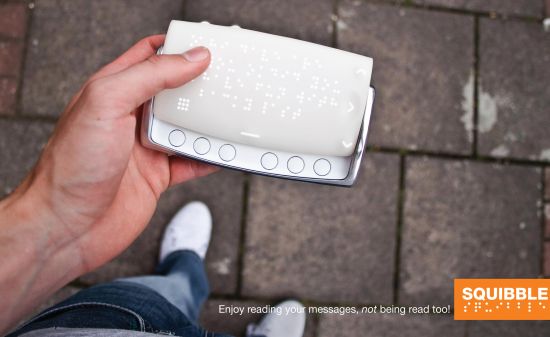 While modern gadgets have revolutionized the lifestyles of contemporary users, technology still remains a bane for the visually impaired. Raising a ray of hope, British designer Andrew Mitchell has devised a portable Braille interface called “Squibble” that provides tactile, audio and high contrast visual feedback for the blind, allowing users to access their mobile phones and other technology anytime, anywhere. Regardless of where you use it, the Squibble gives the chance for personal interaction as well as freedom, as it neatly fits into a pocket and connects via Bluetooth. Moreover, it tries to negate the stigma of assisted products and provides a stylish and desirable solution for a market segment that is often neglected.

Designed to maximize the internal space, using an external metal chassis to maintain rigidity, the Squibble uses 779 ultrasonic motors to provide tactile feedback through Braille and other universally recognizable symbols for quick access. Providing illumination through caps on each motor, the device also includes a grip that lets the blind read Braille without placing the device on a surface. When the caps press against the user-replaceable silicone cover, they provide illumination for each of the raised dots. 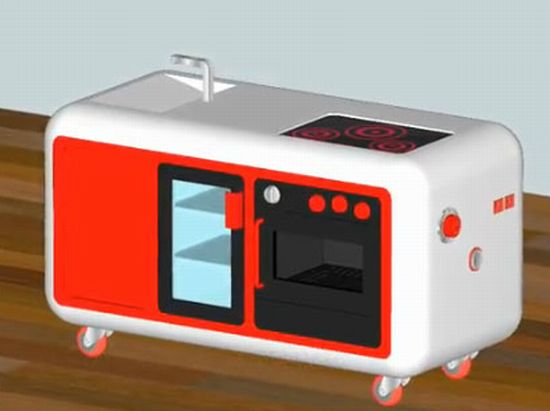 Intended toward visually impaired kids, the “Una” by Industrial Designer Job Buenazedacruz is an innovative toy kitchen set that lets the blind children express, enjoy and cherish those precious moments of childhood. Featuring an induction cooktop, stove and see-through fridge, the blind-friendly kitchen integrates a sink, faucet, oven and open shelving as well. In addition, there is a magnetic chalkboard menu and secret storage compartment. Made in wood and acrylic, the toy kitchen measuring just 1.8′ x 3.5′ presents a compact and portable design.

6. Stereo for the Blind 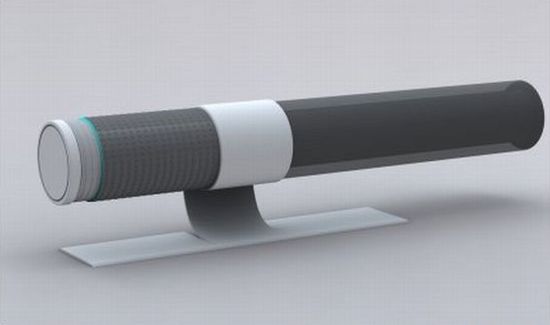 Thousands of products hit the stores every day, but only a handful address the universal consumers to go beyond their initial production. Conceived by designer Paris Lowitz, the “Stereo for the Blind” is an innovative music player that treats both the visually impaired and the common user on equal merit. Users can adjust the volume of the player by rotating the gray textured dial back and forth. The size and the texture on the dial allow the visually impaired to differentiate between different dials.

Furthermore, the music player makes use of SD cards, quite popularly in the blind community, to hold music and audio books. For having an SD Card slot on the device would create a convenient way for the blind to listen to the music on their home stereos. While the auxiliary input allows the blind, as well as normal users, plug in and listen to their MP3 devices through their home stereo.